For all the crap that we give Dave Meltzer for his news reporting & vocal patterns, and how happy we get when he’s wrong about something, there’s one thing that I don’t think anybody can deny. The Wrestling Observer Hall of Fame is one of the most legitimate wrestling halls of fame out there.

For over twenty years, people that Dave trusts with a ballot have voted on various wrestlers’ merits to be included in a Hall of Fame. The best of the best, the creme de la creme. Sometimes, it seems like people get inducted too early. Other times, it feels like people are unjustly excluded.

Today, we focus on the excluded. These are my top five wrestlers that should be in the Wrestling Observer Hall of Fame. 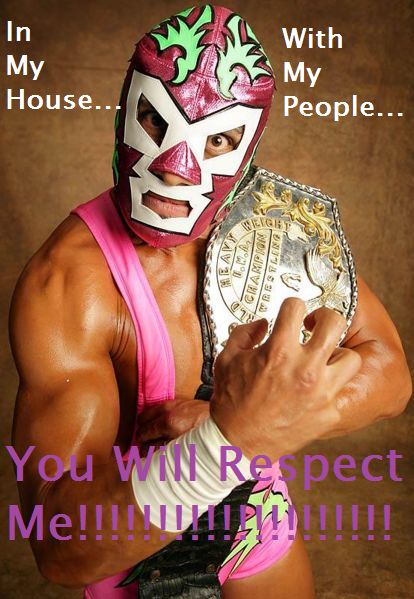 Voters often comment about how there’s a bit of a logjam in the lucha category. It may be deeper than any other category, but the vote gets so split betwen deserving candidates that nobody can get the needed amount of votes to get in. The process continues year after year, and at this point it’s just gotten ridiculous. Somebody needs to get in in order to thin out the ballot.

I felt like this would be Wagner’s year. I’m biased. As I’ve mentioned before, he’s my favorite luchador. He lost his mask earlier in 2017 in the biggest money match in the history of Mexican wrestling. I think his lackluster run in Lucha Underground, a company that’s fallen on hard times critically, was held against him by voters. Which isn’t entirely fair, but when a newsletter based in America votes on things like this, they’ll value shows airing in the United States in the English language over Mexican shows.

The knock on Hennig is that he wasn’t much of a draw. His program with Hulk Hogan didn’t exactly set the box office on fire. His reign as AWA Champion came long after that company could hope to draw a majority of the marketplace.

The thing is that Hall of Famers aren’t just built on dollars. They’re built on memories. On fame. I know so many people that cite Hennig as one of their favorite wrestlers of all time. He’s still considered the gold standard of what an Intercontinental Champion should be. He worked a style that appealed to a smarter crowd that was in for the long haul. From my perspective, he was a great bumper & his matches with Bret Hart rank among the best I’ve ever seen. I’d vote him in purely based on those matches.

JYD wasn’t one of the most critically-acclaimed wrestlers of all time. His work in WWF was mediocre at best, and once he got past his prime it was downright appalling. He had bad matches with late 80s-early 90s Ric Flair, for crying out loud. He got horiffic reviews in the Observer, and rightfully so at that point.

However, this perception sells short the fact that he was Mid-South Wrestling’s top drawing card & the only guy that could fill up the Superdome on a regular basis. Bill Watts kept trying to find other African American wrestlers to fill the Dog’s shoes, and he never hit on the right combination again. Dog was a special dude. He was a folk hero in New Orleans, and once he got to the WWF he was a solid #2 babyface behind Huilk Hogan for quite some time.

If Dave didn’t name this guy the Junk Food Dog, he’d probably be in.

There are very few people without the last name of McMahon that have been more important to WWE’s history than Gorilla. He was one of Vince Sr’s partners & right-hand men, and his position with the company was ensured for life when Vince Jr. purchased the company. Behind the scenes, he had his own position where he called the shots, still called the Gorilla Position to this day. In front of the camera, he was the lead announcer that called most of the WWF’s major events & formed memorable teams with Bobby Heenan & Jesse Ventura.

It was Gorilla’s announcing that rubbed Dave the wrong way. While people like me appreciated Gorilla’s candor & humor, the wrestlers that talked to Dave would bitch about how Gorilla killed their rest holds & execution of offense by pointing out the flaws, and how he didn’t take everything they did super seriously. Dave’s negative reviews hurt Gorilla’s perception with his audience, and to this day they won’t give him the respect he earned within the company. 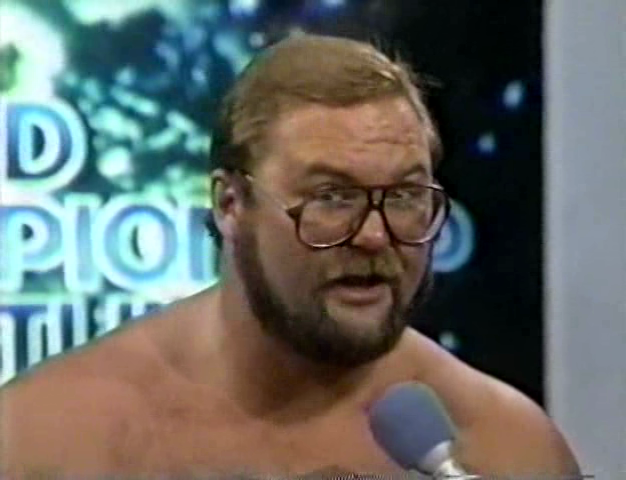 Arn was a wrestler’s wrestler, and the smart fan’s wrestler. He was always in the right place at the right time. His execution of moves like the DDT & spinebuster had no peer. He was one of the most well-spoken promos in the history of the business. He was the Enforcer of the Four Horsemen, Ric Flair’s best friend, the first man in more War Games matches than anybody & the focal point of several successful tag teams.

Yet he isn’t in the Wrestling Observer Hall of Fame.

The knock is that Arn was never the guy, brother. He was always in the Naitch’s shadow. He never carried a territory. He was the secondary champion, not the champion. I don’t buy this argument. Wrestling has all sorts of different roles. Some guys were meant to be leading men, and others were meant to be supporting actors. Arn Anderson was the best supporting actor I’ve ever seen. No wrestling Hall of Fame without him is complete.