We’re all about equal rights here at The Chairshot. If I’m going to make a list of Dark Horse Men’s WWE Royal Rumble Contenders, it’s only right to take a look at the Women’s Royal Rumble Match as well. As it turns out, there aren’t as many folks that gamblers & casinos are buying into as contenders. Five women are getting odds lower than 10-1:

Rousey & Asuka seem like the only two that are actually considered contenders to win. This says a lot about how Asuka has been booked throughout her time with WWE & NXT, and about how everybody really believes that Rousey will be there. Paige won’t be competing. Jax is getting some support due to her size & the fact Asuka didn’t actually beat her. Lynch is from Ireland so she’ll always get some betting action from Europeans.

Here are five contenders that just might shock the world… 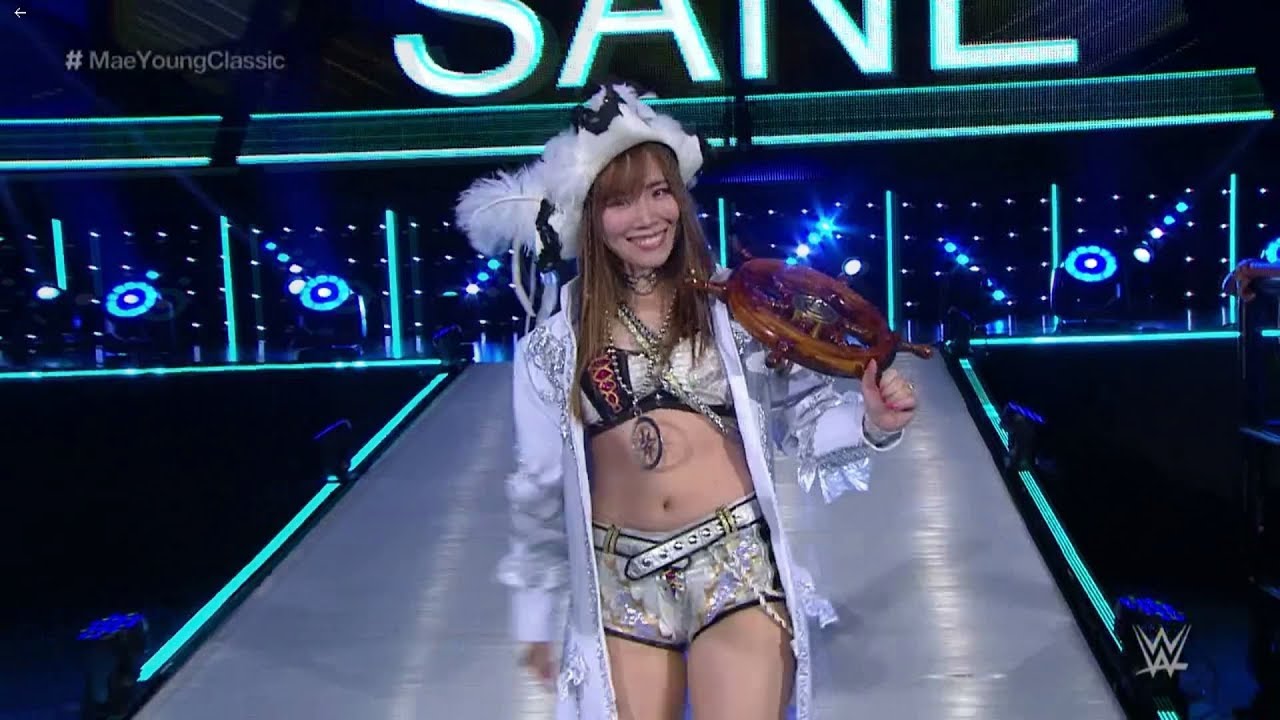 We don’t know if NXT will have representation in this match or not. If they do, Sane would be one of the top picks from that roster to make some noise. Her win in the Mae Young Classic definitely turned heads, and adding a Rumble victory to her resume would be very impressive.

There’s no denying that Tamina has excelled in multi-woman matches in the past. Back at Survivor Series she was responsible for the departure of Nia Jax from the Women’s Elimination Match. If Jax is high up in betting because people think she’ll be tough to throw over the top rope, Tamina should be considered a favorite as well.

Tamina’s status as a second-generation wrestler is a double-edged sword, even more so than it is for most of her peers. Charlotte Flair had to work twice as hard as everybody else to get where she is, but she was always going to get a certain amount of fan support because her dad’s the Naitch. Ric has always gotten a positive reaction from the WWE Universe, even during his hard times. Jimmy Snuka once had a similar connection, but his reputation took a tumble when a murder case he was involved in back in the 1980s gained more public attention in the 2010s. Tamina is likely nearing the end of her career and a win here would be a nice way to start a farewell push, but one wonders if fans would get behind it. At this time last year, Naomi was establishing herself in the SmackDown Women’s Championship picture and beginning a feud with Alexa Bliss. She won the title at Elimination Chamber, gave it up for a few weeks, and won again at WrestleMania. She’s been a little quiet since losing the title to Natalya at SummerSlam, but she can look back to last year for some positive vibes.

Naomi has been supportive of Charlotte Flair lately, but it surely wouldn’t take long for some bad blood to develop if Naomi won the Royal Rumble Match. She’s one of the few women on the SmackDown side that people would see as a legitimate contender to Charlotte’s throne. I don’t see it happening, but it certainly can’t be ruled out. Make no mistake: Ruby is the member of the Riott Squad that WWE has hopes for. She cuts the promos, she gets the Titantron graphics, she even got the group named after her. The Squad has seen mixed results since making their way to SmackDown Live. A Rumble victory for Ruby, Liv Morgan or Sarah Logan would certainly establish them as a force.

A feud with Ruby & Charlotte Flair would be a mix of polar opposites. Charlotte grew up in the rich section of the Queen City with parents willing to give her anything she wanted. She was a preppy star cheerleader & athlete. I don’t know as much about Ruby’s background, but it’s a safe bet she didn’t have a silver spoon in her mouth. She certainly wasn’t born in the business, nor was she billed as “genetically superior” at any point in her indy wrestling days. A win in the Royal Rumble Match would be a start in Ruby rising to Charlotte’s level.

1. Sonya Deville (off the board) Ten years ago, Mandy Rose would have been poised to be the breakout member of Absolution. She fits all the attributes that WWE liked in the Divas of that era. Sonya Deville would have been a good hand used to try & get the other ladies over. 2018 is a different world with more opportunity for female Superstars to take opportunity by the horns. Deville has stood out from the rest of WWE’s recent female debuts & even scored a dominating victory over Sasha Banks on the 1/16 edition of Raw.

As we get closer to Sunday, I would at least expect Deville to get added to the board. Ronda Rousey is getting all the attention from MMA/WWE fans, but Deville is actually on the show already. And as Chairshot readers know, she’s already being secretly pushed.

The Jersey Devil would certainly be an unexpected pick to win the first Women’s Royal Rumble Match. Doing so would definitely put her on the map.

The ultimate spectacle in sports entertainment, WrestleMania! Join Chris Platt and a rotating cast as he takes you through all 36 Manias, one six-pack at a time. The ultimate spectacle in sports entertainment, WrestleMania! Join Chris Platt and a rotating cast as he takes you through all 36 Manias, one six-pack at a time. It’s Royal Rumble preview time as Derek Montilla joins the crew to pick who should win and who will win at kickoff to the Road To WrestleMania! It’s Royal Rumble preview time as Derek Montilla joins the crew to pick who should win and who will win at kickoff to the Road To WrestleMania!

Greg DeMarco, Miranda Morales, and Patrick O’Dowd bring the all new Babyface Heel Podcast, where there’s Two Sides To Every Storyline! Greg is the heel, Patrick is the babyface, and Miranda is stuck in the middle!

This week Miranda Morales slides over to the babyface chair as Derek Montilla fills in for Patrick:

Created in 2017, the Chairshot Radio Network presents you with the best in wrestling and wrestling crossover podcasts, including POD is WAR, the Babyface Heel Podcast, Women’s Wrestling Talk, The #Miranda Show, Badlands’ Wrestling Mount Rushmores, The Outsider’s Edge, DWI Podcast, Bandwagon Nerds, 3 Man Weave, Five Rounds, Turnbuckle Talk, The Reaction and more! You can find these great shows each week at theChairshot.com and through our distribution partners, including podcasting’s most popular platforms. Cook taking the long week/weekend and assessing some fun aspects that came to the forefront! Check out the news! AJ finishes his trek through the WWE Mania week content with Night 2 of WrestleMania! How did it match up... It's WrestleMania Sunday and Greg DeMarco is back to see if WWE can follow-up a great Night One!

WrestleMania 37 is in the books and PC Tunney takes you through the results with some analysis to boot. It's WrestleMania Baby! Wait, no, add the comma--it's not an actual baby. Miranda and Greg preview WWE WrestleMania 37 on... Who wins THE WrestleMania main event? Big boy monster throw down of the year! The Nerds return with a current movie review, and this one should...