The reported retirement of Paige from in-ring competition strikes a nerve for fans of professional wrestling. No matter how we might feel about a particular wrestler, we always feel a bit of sadness when they retire at a young age.

Most of us had no idea what we wanted to do when we were twenty-five years old. Paige figured out her destiny at a young age, and got to live it for over a decade. She’s already wrestled for more years than most of the women that have competed for WWE. We were excited when she returned to the ring a little over a month ago. Finally, Paige had returned from injury & conquered the demons that had kept her out of the WWE limelight. Things looked like they were headed upwards for Paige…until they weren’t.

If the reports are true (I include the “if” because I have no doubt that Paige will do everything in her power to come back) she would be far from the only one that retired too early for our liking. Today we take a look at the top five wrestlers that retired before the age of thirty. I did not include wrestlers that died before the age of thirty, as one would assume that they would have been wrestling at that age if they were alive. 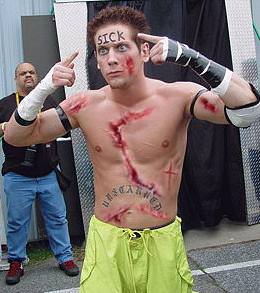 Death match wrestlers get a lot of crap from the Internet. Some of it is for good reason. There are certain guys that stand out amongst the pack. Some guys establish themselves as revolutionaries that are doing something different. “Sick” Nick Mondo was one of those guys. He could work a regular match. He could flip around like few people his size in the business could. But he had a taste for the ultraviolence. For whatever reason, he connected with crowds in a way that few people that have ever competed for Combat Zone Wrestling. He was one of the guys that CZW built around in their early & most profitable days. After some serious injuries suffered at Tournament of Death 2, he called it a career at an age where some wrestlers hadn’t even started competing yet.

Mondo’s documentary about his career “Unscarred – The Life of Nick Mondo” helped spread his fame even after retirement. With the exception of an appearance at Cage of Death XV in 2013, Mondo has remained out of the business. He recently produced another movie titled “The Trade” that talks about how he got out of the business at the right time and felt bad for encouraging people to follow in his footsteps. 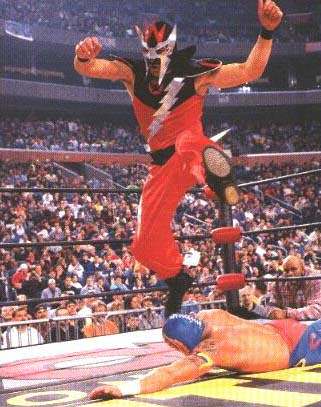 This guy was such a tease. He randomly showed up in WCW in 1998 without us knowing who the hell he was. He occasionally appeared on TV & had kickass matches that made us want more. Then he disappeared. As somebody that was looking for something to cheer for in WCW at that point, it was so disappointing.

It turned out that the man behind the mask, Jay Ross, decided to retire in order to be a computer technician. Considering how much money it costs one to be a professional wrestler, he probably made the right decision there. He eventually gave the Blitzkrieg gimmick to Jack Evans, who only used it for a handful of matches before he stopped after getting hurt during a match. 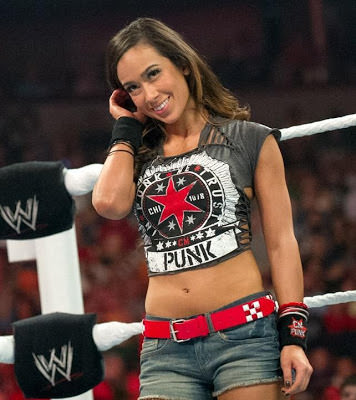 AJ Lee was one of the most popular women of her time, especially among the Internet audience. Damage to her cervical spine led to her retirement after WrestleMania 29. There were also some extenuating circumstances that made life in WWE difficult for AJ towards the end, namely her husband’s departure from the company a year prior to her exit. It couldn’t have been easy to work for the company that Phil Brooks was involved in litigation with, and once AJ finished her list of things she really wanted to do (and got a WrestleMania payday because those are pretty important) she peaced out.

She wrote a best-selling autobiography in 2017 & is currently working on turning it into a television series. It’s not surprising that AJ would find as much success outside of the ring as she did in it.

When Trish first got into the business, she was more wooden than the table Bubba Ray Dudley put her through at Backlash 2000. She couldn’t talk, she couldn’t wrestle, and was there because of her look. She worked hard in the ring & on her personality, and by the time she retired in 2006 she was arguably the most beloved & accomplished woman in WWE history. Unlike other people on this list, Trish wasn’t forced into retirement by injury. She felt she had accomplished all she needed to, and was ready to move on with her life. You rarely see that.

She has made a couple of returns, including a match at WrestleMania 27 where she teamed with John Morrison & Snooki, but Trish has shown no regrets about getting out when she did. 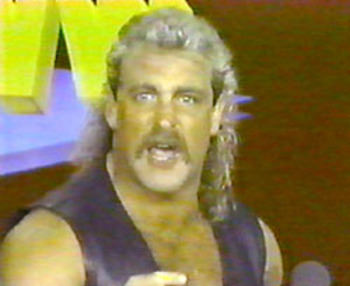 Terry Allen was earmarked as the future of the National Wrestling Alliance. With his wonderful hair & mustache, combined with his wrestling ability of course, he was a man that Jim Crockett Promotions thought could compete with the WWF & Hulk Hogan. Personally, I think it would have been a tough row to hoe. Anybody was going to have a difficult time competing with Hulk Hogan’s popularity in the mid-1980s. We never got the chance to find out, as an automobile accident crippled Magnum TA and put to bed any thoughts that he could lead the NWA into another generation.

We’ll never know what could have happened with Magnum TA as the NWA World Champion against the Four Horsemen with Jim Crockett Promotions not going bankrupt. Maybe it would have changed the outcome of the wrestling war. Maybe it wouldn’t have. The robbery of the chance to know the outcome haunts us old-school wrestling fans.