In advance of its debut, WWE 205 Live was promoted as the company’s innovative and exciting brand. Sixty-four episodes later, it’s living up to that billing and more. What’s the “more?” As of today, I’ll argue that WWE 205 Live is the company’s most important brand.

Since its inception, 205 Live has been a hot topic of conversation among internet wrestling fans. The brand represented so much hope and potential, but also always seemed to be lacking something while living in the shadow of its predecessor, the WWE Cruiserweight Classic.

The cruiserweight brand was exciting, but it lacked attitude. The solution seemed to walk through the door when Neville showed up. Neville represented the cross-section between the main roster and 205 Live. He offered a character unlike any on the brand, and it led him to the best work of his WWE career. Neville showed up as the King Of The Cruiserweights, and most seemed to buy in before he even won the championship.

Neville engaged in a feud with Austin Aries, one where many expected the men to at least trade the belt back and forth once. That didn’t happen, with Neville always getting the better of Aries in the end. The result of the feud was Aries’ departure from WWE, but the bigger surprise was title wins for Akira Tozawa and Enzo Amore over Neville, and the king’s untimely departure from the purple brand that followed.

In his absence, a new king emerged. The king of both swing AND talk—but mostly talk—Enzo Amore took the reigns of the brand as Cruiserweight Champion. It represented the “then” more than anything. Enzo is character first, more talk than action, and brought about the brand’s biggest departure from the Cruiserweight Classic yet. Quite a mess was left in his wake.

After winning his feud with Kalisto, Enzo was on a collision course with new top contender Cedric Alexander. While many fans weren’t split on the desired outcome, they were split on what would actually happen. It was unknown if Cedric would be the one to shut Enzo up once and for all.

The answer never came, as the brand’s third major personality (along with Neville and Aries) saw an unexpected and abrupt departure from the brand, and in his case, the company.

With no champion, 205 Live seemed to be a brand without a direction. After the their first 30-minute episode on January 16, Smackdown General Manager Daniel Bryan revealed that 205 Live would get its direction from an unexpected source: its own general manager.

A week later that general manager was revealed to be a familiar face, albeit one with a new name. Drake Maverick, the former Rockstar Spud, made his 205 Live debut, and immediately took the brand back to its roots. He announced a 16-man tournament to crown a new WWE Cruiserweight Champion at the sport’s biggest stage: WrestleMania.

This move brought back a focus on the in-ring performers, but it didn’t do it at the sake of storytelling. 205 Live instead returned to it’s true form of storytelling, that which happens inside the squared circle.

On one episode, the brand was seemingly “fixed” in the eyes of so many. But it took more than one man. It took several, but three are most prominent.

Many want to be “in the know” and refer to him as Paul Levesque, but we know Triple H from the ring and our televisions. We don’t get to sit in the boardrooms (despite most of wanting to), and that’s probably a good thing.

It’s been widely reported that Triple H has taken over the reigns of the cruiserweight brand, and it’s easy to see the effect. The show has adopted an easy to follow format, simple but in a way that accentuates its biggest strength: the in-ring action.

205 Live follows a fantastic formula: get to know the competitors, watch them compete, and celebrate the winner. From the start, 16 competitors are doing just that with one common goal in mind: winning the Cruiserweight Championship at WrestleMania.

Much like NXT, the Cruiserweight Classic, the United Kingdom Championship Tournament, and the Mae Young Classic, winning matters on 205 Live. It matters more on that brand than any other. The one similarity between each entity listed? Triple H.

The one position that many internet fans don’t quite understand is the producer. Every show has a direction—or more accurately a vision. It takes a producer, and in Pearce’s case a Lead Producer, to make sure that vision translates in the ring. Since the 205 Live “reboot,” you can’t give Pearce any grade other than an “A+.”

Pearce’s performance behind the scenes with 205 Live (among WWE’s other televised properties) shouldn’t be a surprise to an educated fan. For several years he traveled the globe carrying on the legacy of the NWA World’s Heavyweight Championship. He can be credited with restoring the prestige of the famous “Ten Pounds Of Gold” through his actions. 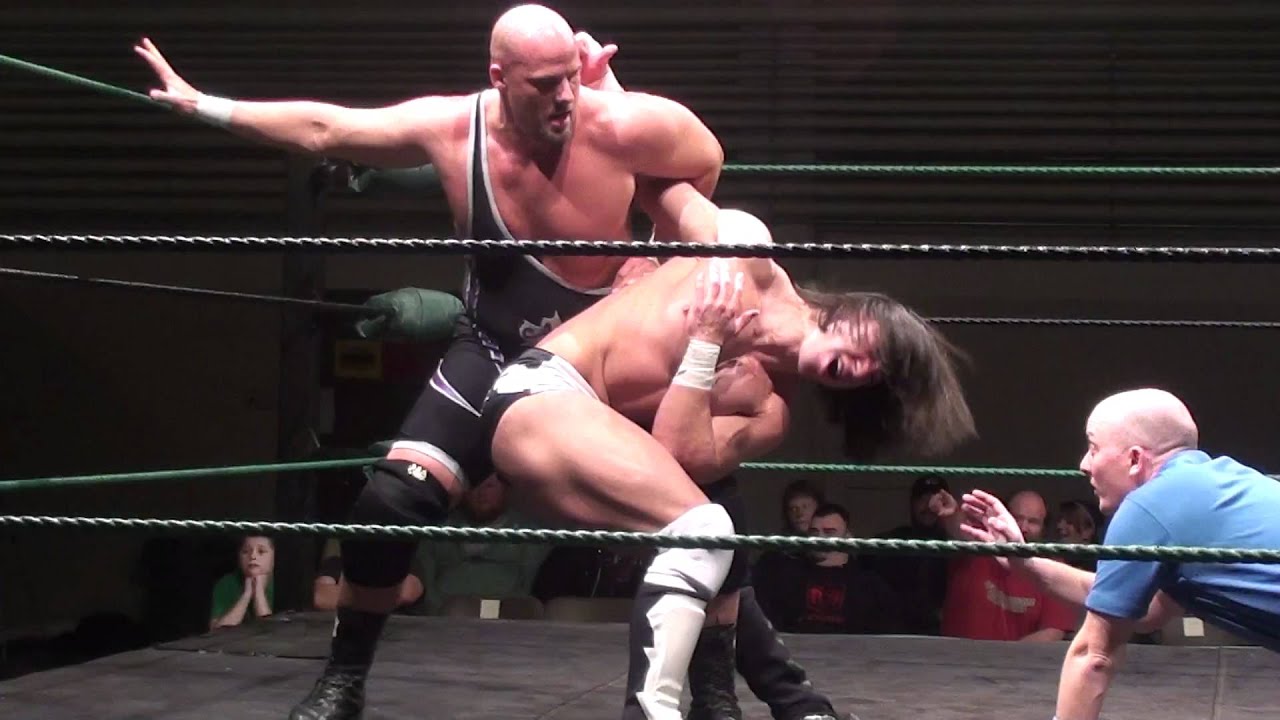 One of wrestling’s best in the ring might end up doing his best work behind the scenes.

You might also know Adam Pearce as the former booker for Ring Of Honor, where he led the product’s transition from Gabe Sapolsky into the Sinclair Broadcast era, and infused the missing element of storytelling along the way.

Storytelling is where Pearce is a master. Regardless of the setting, or even the medium, Adam Pearce is a storyteller. It should come as no surprise that some of the most compelling in-ring action takes place on 205 Live, where Adam Pearce serves as the Lead Producer.

The aforementioned General Manager is so much more than a figurehead. The man formerly called “Rockstar Spud,” a name the announce team hasn’t shied away from reminding us about, is more than just a matchmaker. A cruiserweight himself, Drake Maverick serves as the man championing the brand itself.

Everything decision, every declaration, every statement, everything Drake Maverick does is presented in a way to make 205 Live better. Much like everything with 205 Live, this is done with the lowest level of complexity and the highest level of effectiveness.

The journey of 205 Live is much like that of WWE itself. “Then” the company relied on characters to get by, even going so far as to push the importance of in-ring competition to the background.

The phrase “Sports Entertainment” is often met with disdain by hardcore fans, but the moniker shouldn’t be shunned. Professional wrestling is the sport, but the spectacle and presentation creates the sense of “sports entertainment” that has influenced a “legitimate” sports promotion such as the UFC.

The phrase “evolve or perish” has been used many times by Triple H, and 205 Live is proof that the spirit of the phrase is alive and well. The cruiserweight brand has a vision through WrestleMania, and it’s what happens after that will determine the long-term success of this crew.

This is the future of the WWE televised product, where larger than life characters meet consequential in-ring competition.  The stakes—both storyline and real life—have never been larger. With Triple H, Adam Pearce, and Drake Maverick at the helm, 205 Live (and ultimately WWE) is in very good hands.