I made the suggestion on Twitter, and it was definitely met with some argument—in both directions. So I did what any good journalist would do: I sat down, fired up the ol’ WWE Network, and challenged my own claim that WrestleMania 19 is indeed the superior event between the two.

WrestleMania 17 is heralded as the greatest WrestleMania of all time because of the amazing line-up it features. Classics such as Chyna vs. Ivory, Kane vs. Raven vs. Big Show, and The Iron Sheik winning a Gimmick Battle Royal.

But hey, that’s not to mean WrestleMania 19 wasn’t without it’s own “classics” like The Undertaker vs. Big Show and A-Train (which is better than anything I just listed for 17, by the way), and…well…that’s it?

Matt Hardy vs. Rey Mysterio wasn’t the greatest match of all time, but I’d rank it above those listed.

Compare the non-main event matches for each show. Remember, a “main event” at WrestleMania doesn’t just include the last match. No matter what CM Punk tells you.

From an overall wrestling perspective, I am willing to give this one to 17. But it’s only by a slight margin, and only because I hate ties.

Using today’s criteria, women’s wrestling provides us with some of the most entertaining matches at WrestleMania. This year is no exception, with some making the argument that Charlotte’s defense of the Smackdown Women’s Championship against Asuka can headline next Sunday’s event.

WrestleMania 17 featured the match I already labelled a “classic” in Chyna vs. Ivory. That match wasn’t even really a match, and I regretted having to watch it again today.

The build to WrestleMania is almost as important as the event itself. WrestleMania 19 almost has to lose this category for two reasons.

First off, it featured one of the worst world title builds in history, the build between Triple H and Booker T. This match was built on Booker T’s past transgressions, which landed him in prison. Triple H didn’t outright take the build into a racial area, but nearly every negative stereotype was used against Booker T. That build may have worked, if Booker had won. But he didn’t, and basically proved Triple H’s points about him as correct.

Flip it around to the build for WrestleMania 17, largely surrounding the second WrestleMania match-up between “Stone Cold” Steve Austin and The Rock. My thoughts about that match will come in a moment, but the build? One of the best ever.

The Top Of The Card 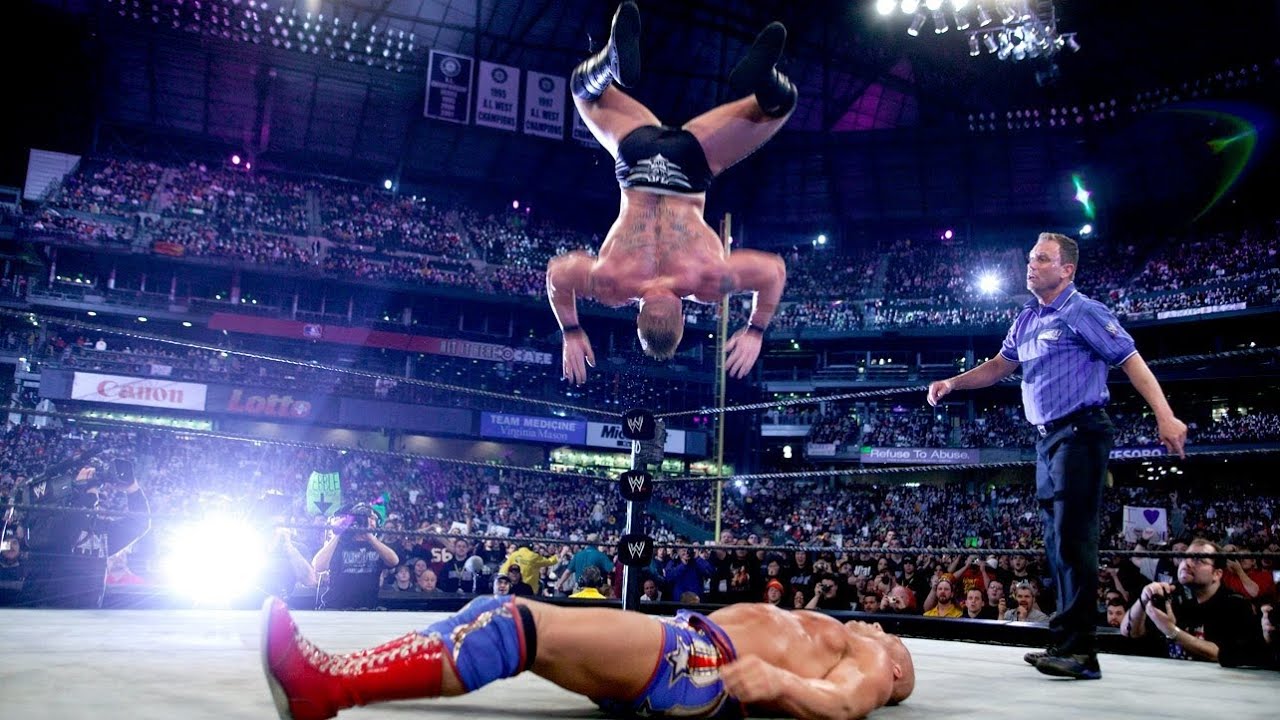 This is where I have a hard time understanding those who swear by WrestleMania 17. I mean, the top of the card doesn’t even compare. 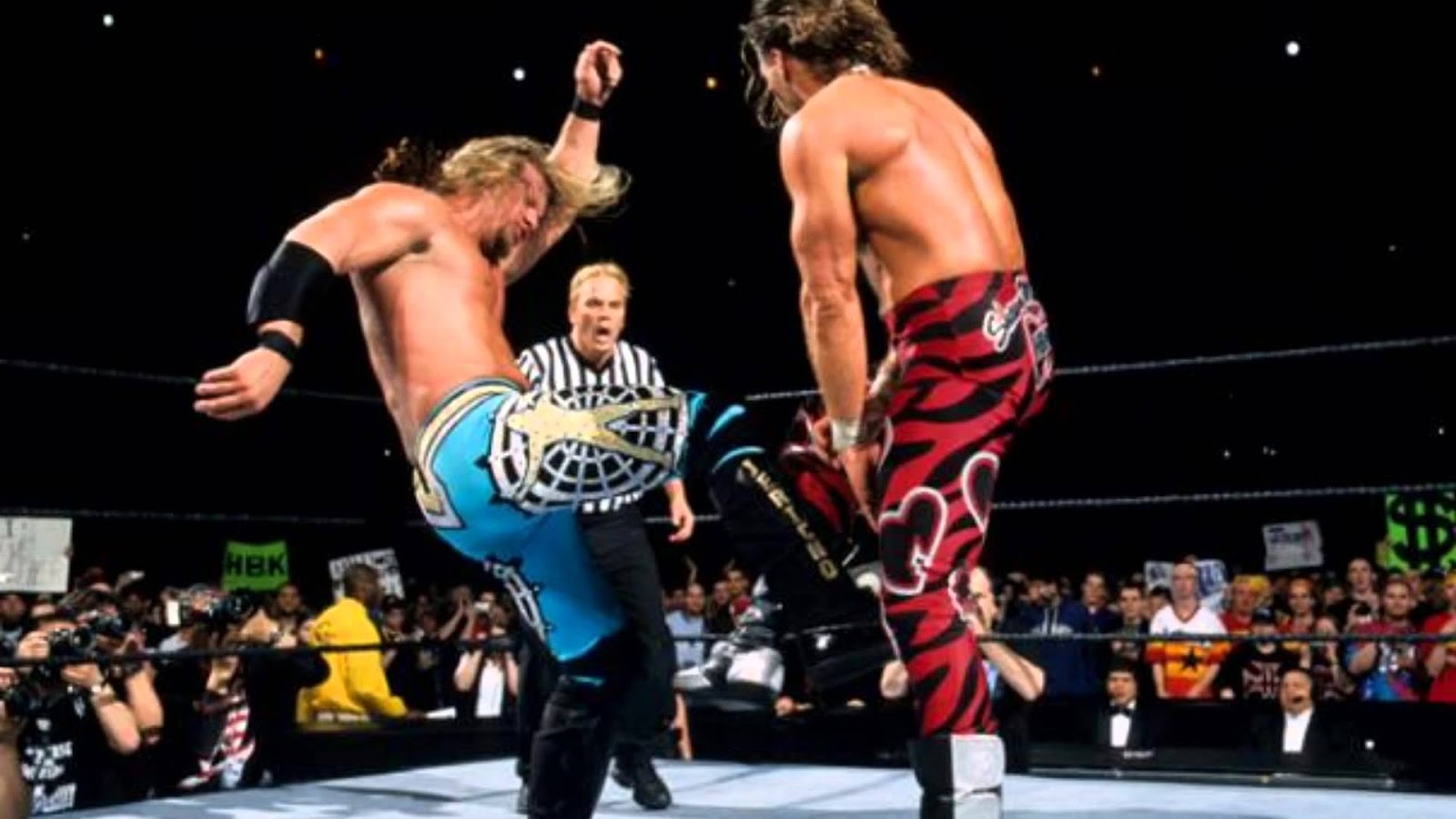 WrestleMania is a spectacle, and it’s remembered for its moments more than its matches. WrestleMania 17 had its emotion with the TLC match, Chyna shifting to the Women’s Division, Triple H nearly ending The Streak before it truly became special, and the “Stone Cold” heel turn that ultimately went nowhere. Plus you have the amazing payoff to the Shane vs. Vince feud, which is one of my favorite “entertainment” endings in history.

But WrestleMania 19 featured Chris Jericho ruining the moment between himself and Shawn Michaels, Booker T nearly taking off Triple H’s head, Hulk Hogan waging (and winning) a bloody war against the man who used him to build an empire, The Rock finally beating Steve Austin in what would be the latter’s last WrestleMania match, and Brock Lesnar cementing himself as the future by winning the WWF Championship from Kurt Angle (which ultimately turned out as well as Austin’s heel turn at 19).

Another category where 17 simply loses out to 19.

The Undercard. The Women. The Build. The Top Of The Card. The Emotion.

Both WrestleMania 17 and WrestleMania 19 are amazing events, and they rank among the Top 3-5 WrestleManias ever. But taking an objectively subjective look, removing the rose colored glasses of personal memory and emotion, it’s hard to rank 17 above 19.

The answer is WrestleMania 19.