This Sunday marks one of the most important holidays of the year. While we should love & appreciate our mothers every single day, it’s especially important to on the second Sunday of May. Mom does so much for us. We would not be alive if not for their care. Not to mention the whole childbirth thing. I try not to think about that too much, the “Miracle of Life” video scarred me as a young child.

Pro wrestling is full of loving mothers that have made an impact on their childrens’ careers. Here are the Top 5 Pro Wrestling Mothers.

Shelton Benjamin is an outstanding athlete. He’s always been missing a little something in the charisma department though. He isn’t a great talker. He’d do amazing things in the ring, but wouldn’t be able to connect with the audience. WWE’s idea to deal with this was giving Stelton an entertaining side character. Managers used to serve this role, but there weren’t managers in 2006. WWE decided to introduce us to Shelton’s momma.

Momma Benjamin was bigger than life. She’d often get her son into untenable situations with other competitors. The character really had potential, but she lasted a little over two months before her departure. Thea Vidale, the actress that played the role, later said that her time with WWE was one of the low points of her career. While not naming names, she made claims of sexual harassment that led to her decision to leave.

Saraya met professional wrestler Ricky Knight in 1990 & quickly went into the business herself. They married and had twp children that also got into the business. You’re likely familiar with one of them, the current general manager of SmackDown Live, Paige. She’s the only mother in pro wrestling history that I know of to have a lengthy in-ring feud with her daughter, which was probably more to do with necessity than anything else. Until recently it was tough to find female wrestlers in the UK. 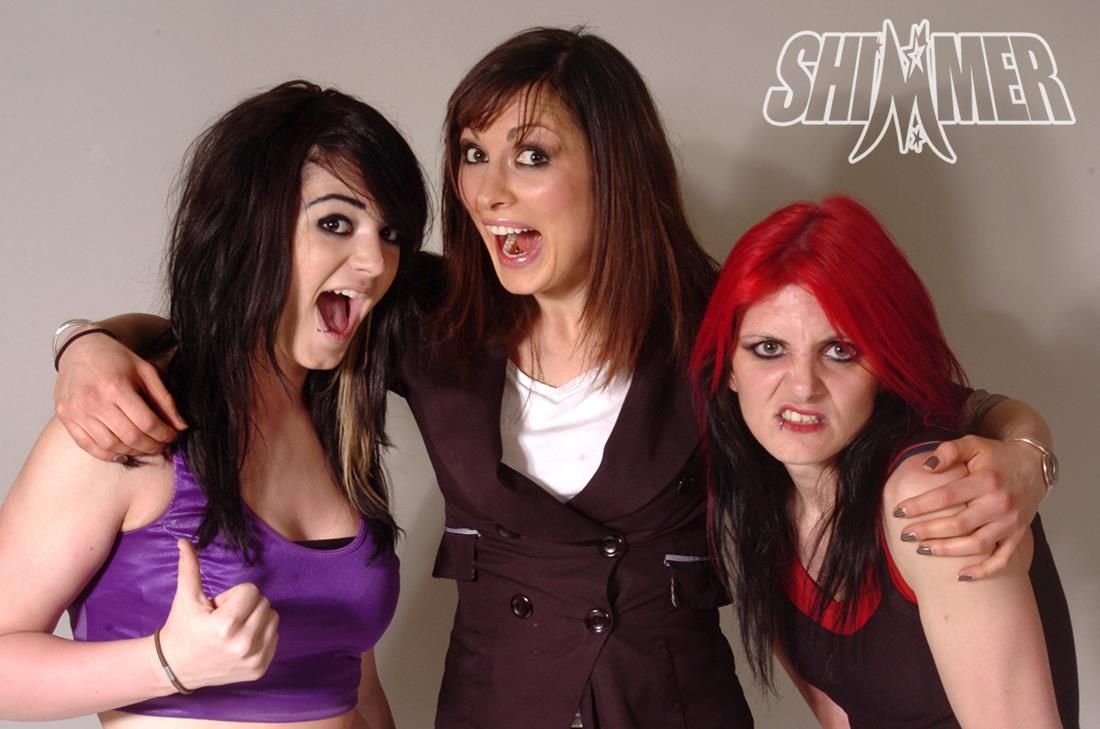 Paige (left), mom Saraya (right) and believe it or not Becky Lynch in the middle!

The entire family was the subject of a documentary that insipred a feature film that will come out in 2019. I remember Saraya coming off in the documentary as somebody that would do anything for her family, like any good mother.

Jim Cornette was a spoiled mama’s boy. He was accustomed to getting his own way because he always had at home. This made it impossible for the common wrestling fan, whose parents instilled work ethic in them, to relate to him. Her fortune enabled him to acquire the services of some of the best wrestlers in the industry. There was a thread of truth in the story, as Jim’s mother was the person that got him interested in wrestling to begin with. She’d buy him magazines & regularly take him to shows. She even became friends with one of the promoters, Christine Jarrett, and convinced her to let Jim take pictures at ringside. She’d sell his pictures, an arrangement that continued until Jim became a manager.

Mama Cornette never cut a promo. She never even appeared on a show. It was better that way. The character worked better as a mythical figure that Cornette would brag about than it would have in the flesh.

We’ve seen a lot of the McMahons on WWE television over the past twenty years. Vince was one of the most effective performers on the microphone in the history of wrestling. From commentary to evil authority figure to even occasionally as a popular boss, he excelled for decades. His children aren’t as good as he was in his prime, but that’s hardly an insult. Both Shane & Stephanie learned well from their father & became solid talkers.

Fortunately, they didn’t take after their mother. Linda was never a commanding presence on television. Her charisma was non-existent, which stood out in comparison to the rest of her family. Her value came in her ability to seem like the one McMahon that was somewhat mentally stable. Every family needs one of those.

Every house needs somebody in charge. Especially the GLOW House. Big Bad Mama ruled the roost during the third & fourth season with her dominating presence & voodoo. She’s most remembered for her appearance on …Married With Children where she squashed poor Al Bundy. After her death in 2013, multiple GLOW performers took to social media talking about how she was like a mother to them. Even if most fans didn’t take the show seriously, the performers did. Mama lived up to her name behind the scenes.

Judy was a former WCW Tag Team Champion, the object on the pole in a match between her son Buff & Kanyon, & was a strong backstage presence in her son’s career. Jim Ross described an occasion where Judy telephoned him to let him know that her son wouldn’t be able to make a WWF live event. Jim was not impressed.

You can make the argument that Helen sacrificed more to the wrestling business than any woman. She moved from New York to Calgary to be with her husband, Stu. She gave birth to twelve children. She didn’t want any of her sons to wrestle, or any of her daughters to marry wrestlers. You can guess how that turned out. She helped run Stu’s Stampede Wrestling promotion while staying off-camera until the early 1990s.

Helen & Stu provided Jerry “The King” Lawler with plenty of comedic material to use during his feud with Bret. Bret would later say they found it hilarious & loved their role. They appeared on WWF television several times during their sons’ careers, including at Survivor Series 1994, where Owen convinced Helen to throw a towel into the ring to stop Bret’s suffering in Bob Backlund’s crossface chickenwing, costing Bret the WWF Championship. Her love for all of her children didn’t always lead to the best of decisions, but she always had the best of intentions.

A Letter From A Frustrated WWE Fan