Greg DeMarco is back with his not-so-hot take on All Elite Wrestling and their quest to change the world: they already have.

The phrase “change the world” has been associated with All Elite Wrestling since its inception, originally quipped by Matt Jackson (low key one of the smartest minds in the business). It’s more than a hope at this point. Heck, it’s not even a vision, mission, or otherwise. Less than a week in, it’s already a reality.

Don’t believe me? The facts speak for themselves:

Cody Rhodes, Brandi Rhodes and The Young Bucks Are Executives

These positions aren’t symbolic or honorary. They’re real. Wrestling talent is holding down positions similar to that of Triple H, and they’re all in their 30s. They’re doing so in a company backed by a billionaire family that has already put up $100 million–and is working on a TV deal that could be on a Turner network.

If the number is to be believed (I have my doubts), Kenny Omega has been offered 3.5 million dollars. No one has been offered that in their first ever WWE contract. It’s a deal that would put him at the top of the full-time performers in terms of a guarantee. That’s not big, it’s HUGE.

Omega is appealing to WWE for many reasons, including his penetration into the video game world. He’s insanely over around the world, also important to the WWE’s worldwide goals.

But Omega is also a wildcard, as All Elite Wrestling has to be in play. I can see him going there for less money, given the freedom he would likely have and what would likely be a lighter schedule. Kenny is his own man, and his pay check is only part of the puzzle. He is going to be a huge story in 2019, and that has been made bigger thanks to All Elite Wrestling.

Some of that is on ROH, but that’s a topic for a different Daily DeMarco. Today, it’s about the talent that left, and it’s a void you can’t easily fill. The signings of PCO, Brody King, Bandido, and Mark Haskins are great, but they can’t replace even a fraction of the attention that came to ROH’s way thanks to The Elite. New Japan seems committed to their partnership, but the company doesn’t need ROH as much as ROH needs them. That’s not a good position to be in, and it’s all thanks to All Elite Wrestling.

IMPACT Wrestling has to broadcast their product on Twitch to ensure their fans can see it, since the Pursuit Channel is available in so few homes. ROH is about to see life without The Elite, when they already drew houses disconcertingly low in Las Vegas for Death Before Honor weekend. Without running a single event under the All Elite Wrestling banner, the Elite and company are already the #2 promotion in the United States, and probably #5 worldwide.

That’s BEFORE they even run a show! Now you can likely count ALL IN as part of their vibe, but that was done in partnership with Ring Of Honor and New Japan. This is all them, and they are proving to be the hottest act in the country.

What Does It All Mean, Man?

As I’ve been saying, 2019 is set to be the most interesting year in the history of the business–and the “business” is the top story. We’ve never had this level of access to the inner workings (which comes with a lot of misinformation), but the world is literally ours and we are in the middle of it.

And this doesn’t even count what is going to happen when WWE contracts come up for renewal. If AEW is successful, what’s to stop over stars like Zack Ryder or The Revival from jumping ship? If the money is comparable, would you blame them?

All Elite Wrestling wants to change the world. Well, in my opinion, they already have.

I am also excited to share our two newest shirts designs, available at our Pro Wrestling Tees store: 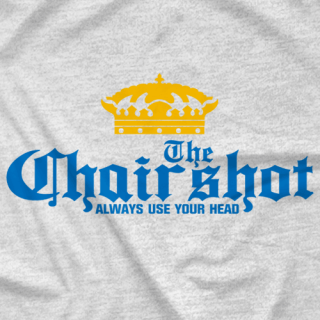 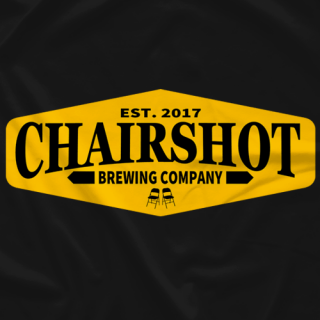 Go and get yours, today!

We are off to a great start in 2019, and I can’t thank you enough for reading and sharing. We do things a little differently at The Chairshot, and we’re glad you’re part of it.