NOAH is in full Global Junior League mode! Hisame gives us updates and happenings with the heavyweights!

YO-HEY returned from sternum injury to have his first Global Junior League match of 2020 against Hitoshi Kumano in his hometown of Yabu, Hyogo at The Yuka General Gymnasium on the 19th January 2020. I am afraid that I don’t have too much information about the show, but it doesn’t appear that any title matches were made, and nothing of note really happened among the heavyweights.

Kotaro Suzuki was defeated by Tadasuke in a six man tag (which saw heavyweight Kaito Kiyomiya team with HAYATA, Tadasuke and Daisuke Harada), which sets up their Global Junior League match even further to be explosive.

With the focus being on the juniors, the results of Global Junior League from today, are this:

NOSAWA Rongai turned up for the match (had Ogawa not, he probably wouldn’t have either), and defeated Junta Miyawaki. NOSAWA now has two points, but having faced all three opponents and lost, sadly, Junta’s Global Junior League is over for 2020. 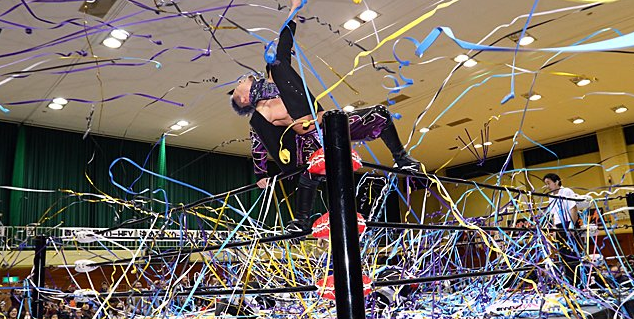 NOAH relaxed the paper tape ban for YO-HEY, and he was given a shower of streamers. He defeated Hitoshi Kumano and gained two points. For Kumano, this defeat is unfortunate as having now one win and one loss, he really needed today to be a win. Unlike Junta Miyawaki it doesn’t mean that he is out of the league, its just going to be difficult for him to proceed.

TOKYO SPORTS AWARDS
Kaito Kiyomiya won the “Fighting Spirit Award” for the second time in as many years. The only NOAH winner this year (although others were nominated), he gave an emotional speech saying that he can now see the light for NOAH, having come here before at a time when there was no hope. He also said that while NOAH’s goal is to go to the Budokan, his own personal goal is The Tokyo Dome.

I think this means that NOAH are considering their big 20th anniversary event of this year to be there, before (hopefully), running the Budokan next year. He also spoke of doing some dates abroad in the future.

The biggest news coming out of The Tokyo Sports Awards comes from not NOAH, but rather New Japan’s Kazuchika Okada. Okada said that he didn’t want Puroresu to lose out to the Tokyo Olympics, and this was the perfect time to show the world the up and coming next generation of Puro, which included Kaito Kiyomiya, by having an All Star show. Kiyomiya himself seemed to hint that something was up by posting pictures with Kento Miyahara (All Japan) and Kota Ibushi, and wondering what kind of match he and Ibushi would have…. 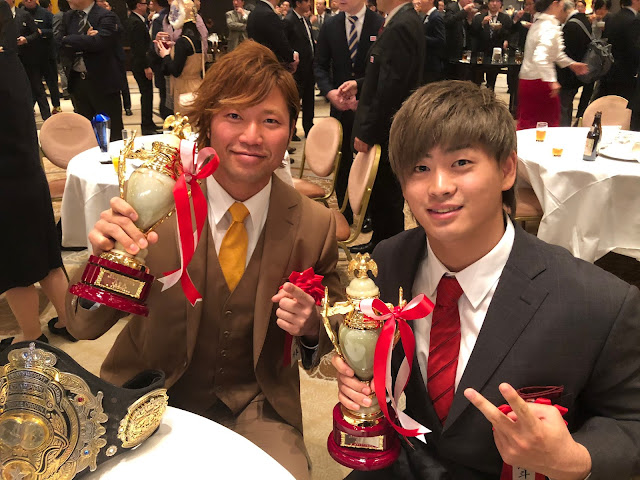 The picture of All Japan’s Kento Miyahara and NOAH’s Kaito Kiyomiya sitting together, struck me as so iconic, that I have included it as a postscript in my article about the difficult history between NOAH and All Japan, and how they can now look forward to a better future than the one that so blighted their seniors; “Four Days in April: All Japan, NOAH, and their troubled history”

ELSEWHERE IN NOAH
~ Takashi Sugiura joked that he is going to turn up at an autograph signing that KENTA is doing in February.
~ Go Shiozaki was spooked by an automatic door at a fan event, which kept opening and closing so much, that he thought the building was haunted before he was clued in that it had a motion sensor.
~ Atsushi Kotoge says his hobby is playing the drums.
~ Akitoshi Saito will be the next one day manager at Yoneya