When modern wrestling fans think about Vince McMahon, they tend to think of the out-of-touch, behind-the-times tyrant who is seemingly holding his own company down. They don’t remember the times when he was considered a maverick, a visionary, an outside-the box thinker.  They laugh at his failures, The World Bodybuilding Federation, The XFL, The Invasion Angle, The XFL again… and that last one, well it gets me thinking. Vince reminds me of another sports figure that I am all-too familiar with.

I am a lifelong Raiders fan. From Oakland to Los Angeles to Oakland again and now Las Vegas, I bleed silver and black. As a kid, I was fascinated by the bad boy image of Lyle Alzado, the grace of Marcus Allen diving over the pile to score touchdowns, and the phenomenal exploits of Bo Jackson. My fandom stuck, even during the era of Todd Marinovich, Lane Kiffin, and Jamarcus Russell. But the one man leading the way every Sunday, in his white track suit was the original Raider.

Al Davis was a maverick, a visionary, an outside-the-box thinker as well. As an assistant coach in the AFL, he once signed a player on the field minutes after his final college game rather than have him play for the NFL team that would draft him. A few years later, he was originally offered just a one-year contract to become the Raiders next coach, yet he walked away from the negotiations with a multi-year contract to be both Head Coach and General Manager. His bold on-field style led the hapless franchise to winning records immediately. People in the game took notice.

When Vince assumed control of the WWF, he began his national expansion, despite the misgivings of those around him, including his own father. He had his vision for the company and was ruthless at times in his pursuit of that dream. And it worked for him. The WWF grew exponentially. The fans noticed. And so did his competition.

As the AFL became an actual competitor to the NFL, Davis was made league commissioner. He spearheaded efforts to have AFL teams sign away NFL stars, particularly the quarterbacks. His actions helped bring the NFL to the bargaining table, and although Davis was himself against a merger, the NFL agreed to take in all 10 AFL franchises as members, a concession no prior rival had achieved.

McMahon too would sign away countless stars from other places, even if he had no real plans to use them in a top spot. If a promoter was unwilling to work with Vince, he would simply bring them to their knees financially, by purchasing their TV time slot or by running shows directly against them and wearing them down.

Denied the chance to be NFL Commissioner, Davis returned to the helm of the Raiders. He now had a minority ownership stake in the team. Under his leadership and shrewd decision-making, the team won three Super Bowls in 8 years. He would sign players other teams had given up on. He thrived rebellious players, players no one else would touch. The Raiders were simply different than any other team. They had an attitude, a swagger, and that came directly from Al. He spearheaded the teams move them to Los Angeles. When the NFL blocked the move, he sued the league, won, and moved the team anyway. 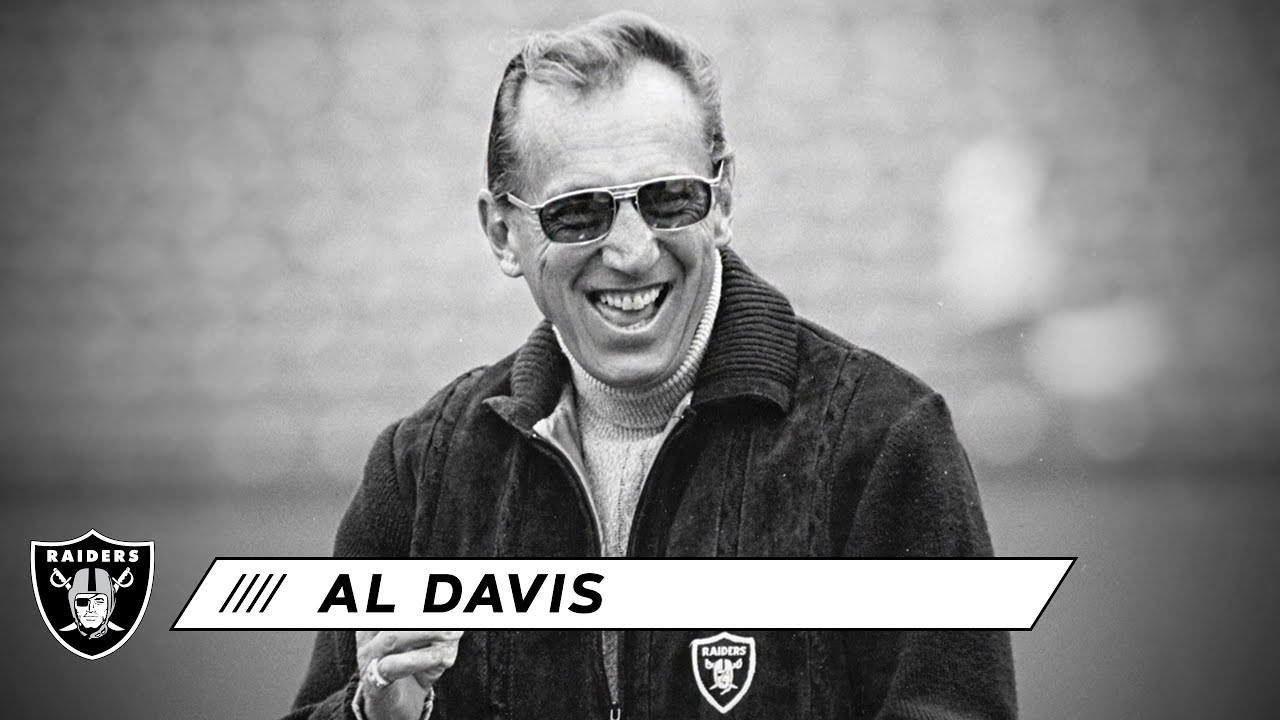 Vince led the WWF to unprecedented success. WrestleMania became a household phrase. WWF stars became actual celebrities, and the company drew in musicians and actors into their realm. When a competitor would rise up, he was the master of counterprogramming. And he did not fear a legal fight either, beating the Federal Government in court in his steroid trial and battling WCW in court on a number of occasions.

Of course, in his later years, Davis’ eccentricities became more of a burden than a boon for his team. He traded away popular coach Jon Gruden and had a habit of spending high draft picks on unproven talent simply because they were fast or possessed uncanny arm strength. This would often leave future stars on the board for his rivals to pluck away. Then he would sign recent Super Bowl MVPs, players who never before or after displayed the abilities they had in that one single game. The team went over a decade-plus without a winning season and did not return to the playoffs until years after his death in 2011.

That of course, brings us to more recent times for Vince. Ratings are faltering, fan interest seems to be at an all-time low. Long gone are the glory years of the 1980’s or Attitude Era. The WWE hits on a winner now and then, but nothing that can rise to the level of the glory years in the past. He makes moves that fans question openly and seem to make less and less sense as the years go by.

It is easy to see why I put Vince McMahon in the same category as Al Davis. In his early years, he was a visionary. He sought to expand the WWF beyond its northeast footprint. He spearheaded a war with other promoters, signing their top stars and buying up TV time slots right from under their noses. He led his company to new heights. He made WrestleMania a household term. He ushered in the pay-per-view era and made his top stars into legitimate celebrities. He did things other promoters disagreed with. He took on the Federal Government in court and won. He took a weekend television property and succeeded in prime time.

Davis was just as bold in his early years. He strong-armed his negotiations to become head coach and GM. Younger Vince displayed a similar ability to talk people into doing things they had no intention of doing, be it leaving one promotion to work for him, or writing a check to a TV station to air his shows instead of the local promotion. Vince was equally bold. He took his weekend shows and turned them into prime-time juggernauts. He also took on the Federal Government in court and won. Davis was equally as daring, convincing teams to sign away NFL quarterbacks and successfully suing the NFL to move his team where he wanted.

Vince gets quickly enamored with guys of a certain size or physique, even to the point of letting more talented wrestlers go unrecognized. Davis became known for wasting his top draft picks on one skill set over better players, to the detriment of the development of the team. Davis wanted to bring the NFL to its knees as a competitor and was firmly against the AFL/NFL merger. McMahon basically bought all of his competition, either outright or by stripping them of all their star-power until they just withered away until only the WWF was left standing.

Both men deserve every bit of praise for their successes, and have earned the negative reputations they are sometimes known by. Sadly, Al never got to see his team succeed again. As a wrestling fan, I want to see Vince bring the WWE back to its former glory. I just hope it happens in time.


Let us know what you think on social media @ChairshotMedia and always remember to use the hashtag #UseYourHead!
Related Topics:Al DavisFeaturedFeatured BigFootballNFLVince McMahonWWE
Up Next

The Impact Of A Wrestling Fan Mom

Cook’s Top 5: Wrestlers That Must Be Heels