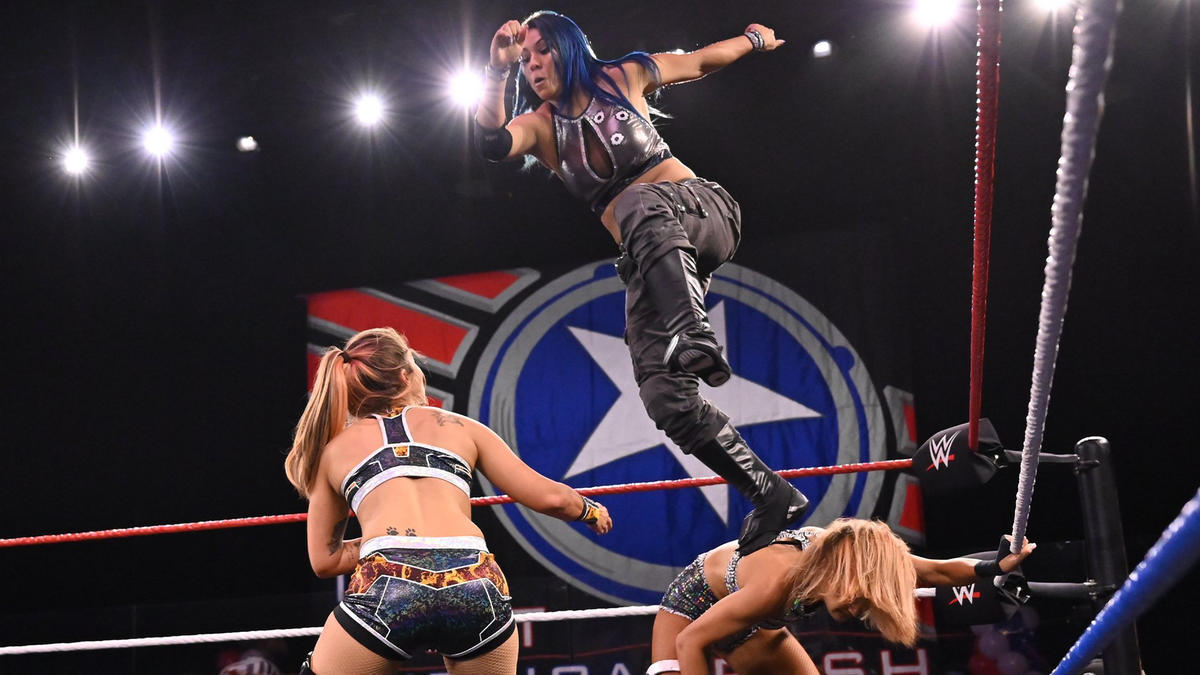 6. The Great American Bash started off strong. The women’s fatal 4 way had some hot action & interesting combinations. Even Mia Yim looked good! It worked exactly the way this match should: it got better with each elimination. It wasn’t as dynamic as a typical Takeover curtain jerker, but still a very good Wednesday night match. 4 stars 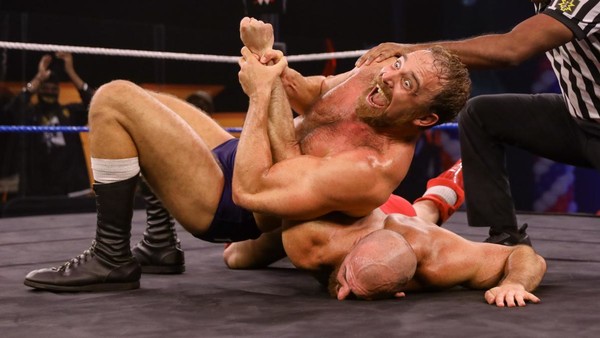 5. I had high hopes for Oney Lorcan & Timothy Thatcher. They exceeded expectations. This was a lowercase r raw slugfest. My chest is still sore. Timothy Thatcher does absolutely nothing that would fit on RawDown, and that’s a compliment. If you’re not a fan of Lorcan, you’re not a fan of wrestling. If there is a God, we’re only a few short months away from Thatcher and Karrion Kross clubbing the snot out of each other for 20 minutes in a surefire MOTY. I should have stopped watching after this match. 4.5 stars & Match of the Night 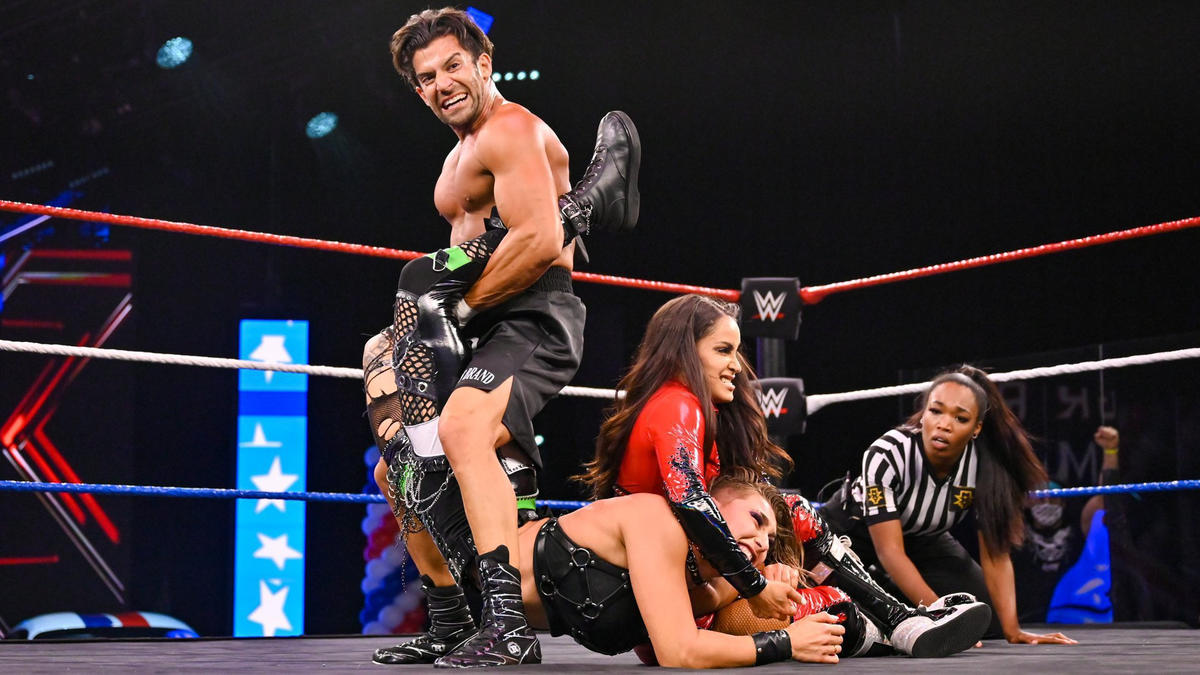 4. If Rhea Ripley didn’t join the Robert Stone Brand, then what was the point of this? If I wanted RawDown ass trash, I’d watch Raw & Smackdown. I don’t, so I don’t. Keep shit like this out of NXT. 1 star, and whoever booked this ass trash gets 10 stomps to their beanbag. 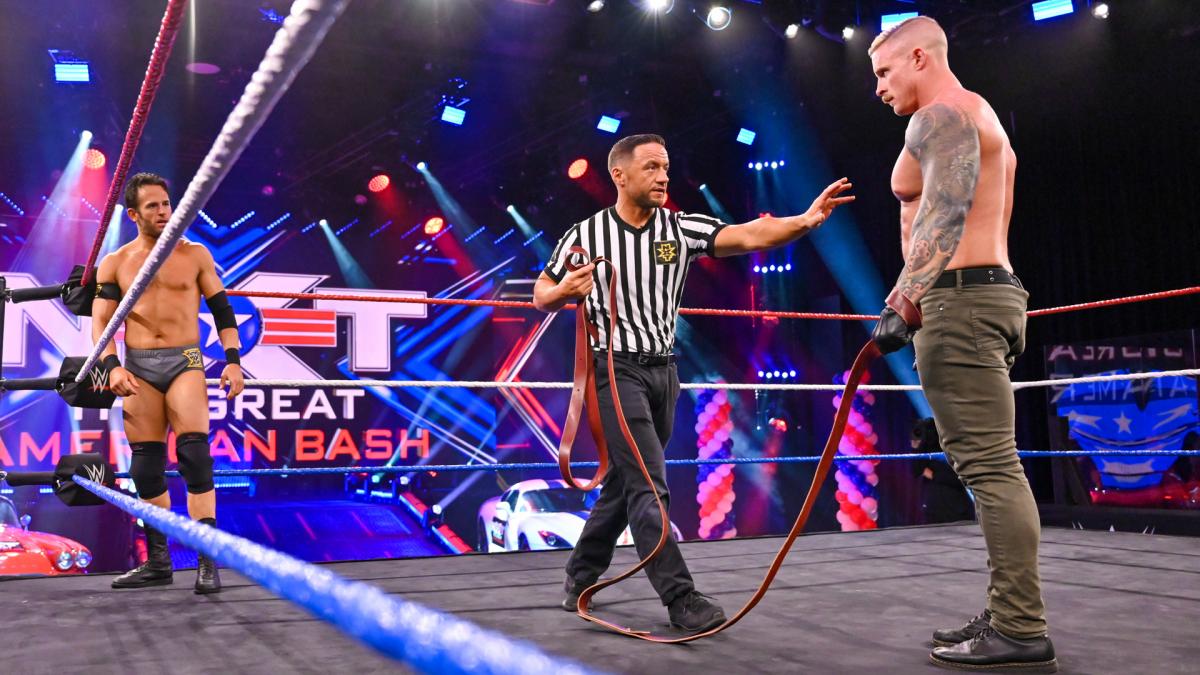 3. As a wrestling match, Roderick Strong versus Dexter Lumis was really good. As a STRAP MATCH, it sucked. I spent most of the time wondering when or if they would ever use the strap. Too often, it seemed to get in their way. Unfortunately, this was a fabulous example of a match not even coming close to living up to the stipulation. I’m giving Strong & Lumis 4 stars. I’m giving whoever booked this 15 stomps to their beanbag.

2. Io Shirai and Sasha Banks are 2 of the best female wrestlers in the world. They are in the main event of what is essentially a Takeover. You are head to head with AEW, your biggest competitor. You LET WRESTLERS WRESTLE!!! The match itself was very good. The ending was overbooked RawDown ass trash. 100% unnecessary. 100% pointless. I’ll give Io & Sasha 4 stars. I’m giving whoever booked this shit 30 stomps to their beanbag and they’re fired. 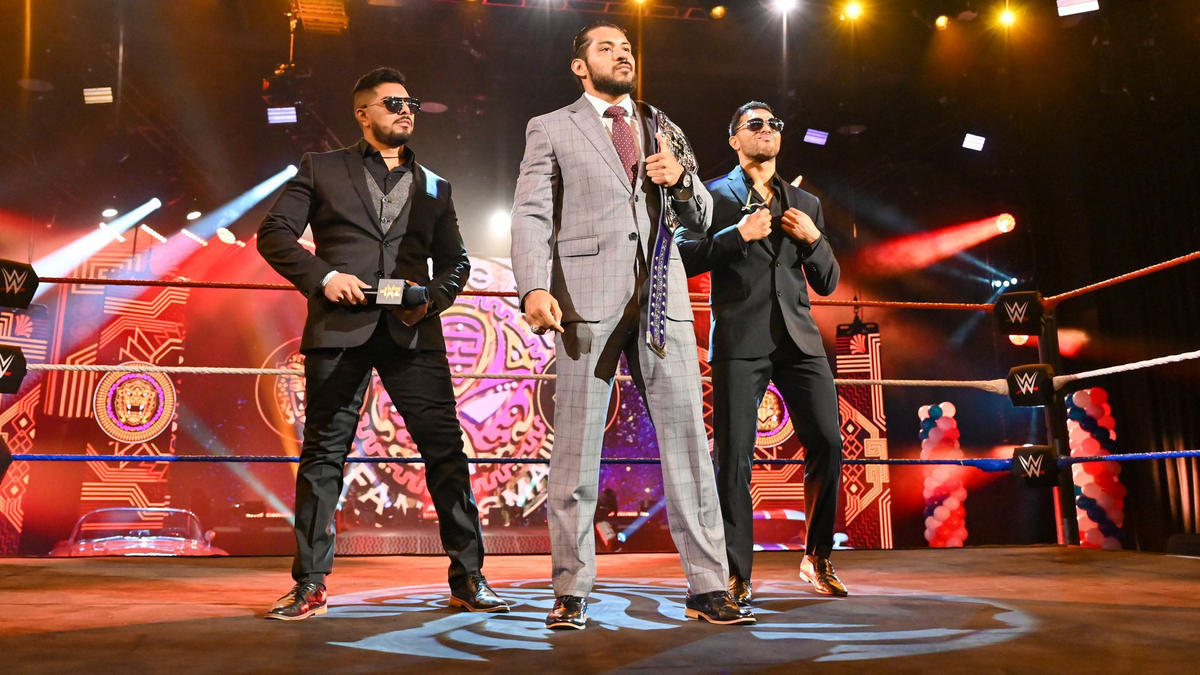 1. When NXT is on my screen, I have high hopes. I thought this could have been the Takeover/Special of the Year. It was the most disappointing NXT special I’ve ever seen. Most of it made no sense. I didn’t even touch on the pointless El Hijo promo & the randomness of Breezango helping Drake Maverick. Would it have made too much sense for KUSHIDA & Jake Atlas to come to his aid? The Great American Bash was not Great. It certainly was not a Bash. It has almost killed my desire to watch night two.