Hisame breaks out the reasons for a pivotal Keiji Mutoh match and NOAH dipping their toes in the double title trend! Big things on the horizon for NOAH!

GHC HEAVYWEIGHT VS GHC NATIONAL
After defeating Naomichi Marufuji in a somewhat old school NOAH match on the 5th August 2020, Go Shiozaki was challenged for the GHC Heavyweight title by Kenoh, and in return he would put the GHC National on the line. Kenoh had of course earlier in the evening, defeated Katsuhiko Nakajima via knock out kick for the GHC National. Shiozaki, while not too fond of belt vs belt matches, agreed to the match and set it for the 10th August at NOAH’s final show at the Yokohama Bunka Gym.

The match signing for the double title was held on the 8th August in Kawasaki, with both Kenoh and Shiozaki agreeing very definitely that neither of them had any intention of unifying the titles. Although it pained Shiozaki to have the same opinion as Kenoh (i.e. “it’s not interesting”), both said in their own ways that a double title match was going to be interesting, with the winner having two belts which would be defended separately. The GHC Heavyweight has never been challenged for or defended in this way, and even Kenta Kobashi is looking forward to it.

NEW CORONAVIRUS MEASURES
Pro Wrestling NOAH have announced that from September they will not be holding shows with the full roster due to prevention measures, and therefore it may be that there is only one N-1 Victory Championship on the card.

The participants for the N-1 Victory 2020, will be announced in Yokohama on the 10th August. NOAH have also said they would be announcing the dates, so I would imagine with the announcement about full rostered shows, that they will be changed. 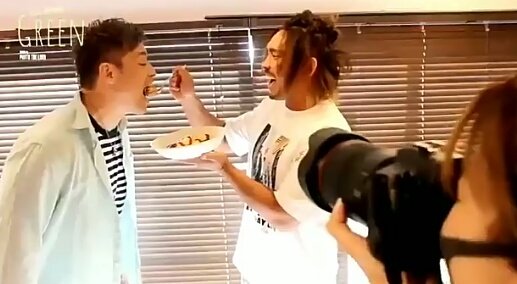 AXIZ PHOTOBOOK “GREEN”
The final AXIZ photobook “GREEN” is in the process of being released, with the date to be announced. For those of you who have not yet been able to get copies of the previous photo books, “SILVER” and “GOLD”, you will be able to order them at the same time that you order “GREEN”. You will need to be quick though, as “GREEN” will not be infinite in copies, and once it is gone, so will the other books be.

~ HAYATA predictably did not turn up to the match signing for the IPW Junior Heavyweight on the 8th August 2020. Daisuke Harada says he is going to make him pay for not only doing that to the fans, but humiliating him.
~ Kenoh was looking very bruised with what looked like two black eyes and a very swollen face at the match signing.
~ Takashi Sugiura will not be taking part in All Japan’s “Champion Carnival 2020”.
~ Tadasuke got drunk on Instagram and was joined by Hitoshi Kumano and YO-HEY (wearing a PS2 hat indoors). Tadasuke ended up getting drunk and passing out in his futon, his head half on his phone.
~ Kaito Kiyomiya is working hard for the match against Keiji Mutoh, practicing moves such as the “Shining Wizard” in the NOAH dojo. 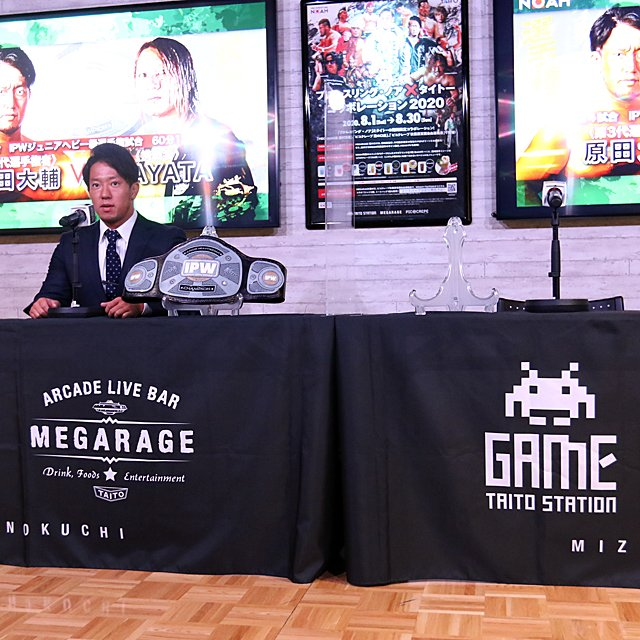 BROADCASTS
“NOAH The Chronicle Vol. 3” will be broadcast live on ABEMA. This will be a free broadcast and available worldwide. Bell will sound at 4pm JST. You will be able to view this for seven days afterwards only, before it is placed on WRESTLE UNIVERSE, which will require a subscription to view (900 yen per calendar month)

LINKS
“Careers do not collapse so easily”, Kobashi on Kiyomiya’s fight against the legend Mutoh, where the real worth is questioned
Noah\DDT event recap ~ Jun Akiyama, Kenta Kobashi & Naomichi Marufuji talk battles
“Might be a checkpoint to the GHC”, Keiji Mutoh and Kaito Kiyomiya’s first singles match at the 10th August Yokohama Bunka Gym Event
“It is natural to have pros and cons. I will show a fight that will exceed your expectations in Yokohama”, Go Shiozaki…10th August match signing ceremony.
Collection of Noah recipes
Go Shiozaki’s Pork Tonkatsu recipe
Shiozaki’s GHC Championship 3rd defence: Challenging the “unknown territory” to exceed Misawa & Kobashi
“I still have more” Marufuji takes the direct victory from the champion, Shiozaki, in the pre-match!
“I was able to summon the belt to Kongoh” Kenoh KO’s Nakajima to take the GHC National
Champion Katsuhiko Nakajima about Kenoh, “All Mouth”, not concerned about Kenoh at the championship match on the 4th
“Let’s work hard in the same ring”, Kaito Kiyomiya’s double return to the compliments of Tenshin Nasukawa


Let us know what you think on social media @ChairshotMedia and always remember to use the hashtag #UseYourHead!
Related Topics:FeaturedFeatured BigGHC Heavyweight ChampionshipGo ShiozakiKeiji MutohNaomichi MarufujiPro Wrestling NOAH
Up Next