Hisame adds more context to the fall out from the big 8.10 NOAH show! Also the N-1 Victory competitors are announced!

Farewell to the Yokohama Bunka Gym

Pro Wrestling NOAH held their last show at the Yokohama Bunka Gym on the 10th August 2020. They have been coming here for all their twenty year history. The old building is now considered to be very old fashioned (see Kenoh’s column regarding the hot water), can be uncomfortable (Kenoh says he heard that the reason why the seats in the second row are so small is because the Japanese were a lot smaller when it was built), and has a reputation among fans for being too hot in the summer, and bitterly cold in the winter. The stadium will now be demolished and rebuilt, plans are to open it in 2024 under a new venue entirely called the Yokohama United Arena.

The “Yokohama Curse” gets worse for RATELS

Yokohama has had what fans call “The Yokohama Curse” when it comes to RATELS, in particular YO-HEY, and for YO-HEY & Daisuke Harada especially, the night of the 10th at NOAH’s last show at the Yokohama Bunka Gym was not a good one.

During the opening match, when things almost seemed to be returning to be a normal as it possibly could be for what was left of Harada, Tadasuke and YO-HEY, Tadasuke put a spoke in the wheel and turned on YO-HEY by lariating him in their tag match against Kongoh’s Haoh and Nioh. After stalking over to YO-HEY and bending over him looking manic, Tadasuke stalked off. Backstage he all but said his real target was not YO-HEY, but rather Harada who he was sick of. Branding him “Selfish” for either thinking of the belt or of HAYATA, Tadasuke was now going to do things his own way from now on. He drove home the final nail in the RATELS coffin by saying that he never ever wanted to hear the media mention the word “RATELS” to him ever ever again, and as far as he was concerned it was over for good. This wasn’t the only change that Tadasuke had made as he wiped all mention of RATELS from his Twitter account, turned it to a sombre black and white with all pictures in monochrome (and mainly of his attacking YO-HEY), and announced on Instagram in the same style that from now on he would no longer be holding live Instagram sessions.

Daisuke Harada lost the empty IPW Junior Heavyweight title to HAYATA, who beat him with The Headache (it’s a sadistic move, so suitable for HAYATA), after 15 minutes and 6 seconds, although much to Harada’s credit he did take two of these during the match, kicking out of the first. It was sad to see YO-HEY come to ringside, look sadly at HAYATA (who took no notice of him or Harada) and haul Harada up and to the back. HAYATA, however, had no intention of keeping the belt and therefore being acknowledged as its champion,as backstage he pulled a white garbage can to the centre of the floor, held the belt up, announced “Belt. Return”, and then threw it in the trash and walked off.

HAYATA now seems to be moving on to other things and away from fighting with his former friends, but it’s not over between Tadasuke, Harada and YO-HEY as Tadasuke will face YO-HEY in a singles match on the 20th August at Korakuen Hall, and Harada on the 22nd at Shin-Kiba 1st Ring.

After reversing the rolling elbow (you read that right) into a Reverse Cross and getting the win on the 10th August in Yokohama, Seiki Yoshioka challenged Kotaro Suzuki for the GHC Junior Heavyweight. Kotaro (a lot less difficult than Ogawa when it comes to challengers, unless of course he is tagging with him), agreed and put the belt on the line on the 30th August in Kawasaki.

Atsushi Kotoge challenged STINGER for the Junior Heavyweight Tag belts on behalf of himself and Yoshinari Ogawa. However, Ogawa was already on his way to the back when Kotoge started speaking, and as the microphone didn’t work, Ogawa didn’t hear the challenge, and therefore he won’t be accepting it. Expect him (HAYATA won’t care) to make FULL THROTTLE jump through hoops for it.

Kotoge excitedly said that they would be the ones to crush STINGER. Yoshioka told him to calm down, he needed to make a belt challenge first. 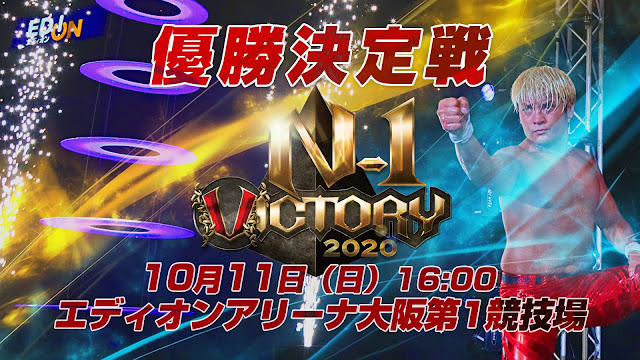 Guide to dates, competitors, match schedule and broadcasts can be found here

Kenoh did not get to live his dream of being both the GHC Heavyweight and the GHC National champion when the match between himself and Go Shiozaki came to a time out draw on the 10th in Yokohama. The match itself was never billed as an ironman, but it went the full sixty minutes. Naomichi Marufuji (who himself wrestled for sixty minutes against KENTA in another belt vs belt match), had to admit that this match surpassed his own; especially with Kenoh hitting the PFS outside the ring to Go Shiozaki, the brainbuster off the ramp, the machine gun chops being answered by machine gun kicks and Shiozaki having to resort to moves he had done as a junior heavyweight in order to bring something out that might just work against Kenoh.

Due to the Coronavirus, NOAH have announced that from September they will not be running shows will a full roster for the time being. This is to reduce the number of people backstage, on the bus (as they will be travelling outside of Tokyo for some dates), and in the venues. 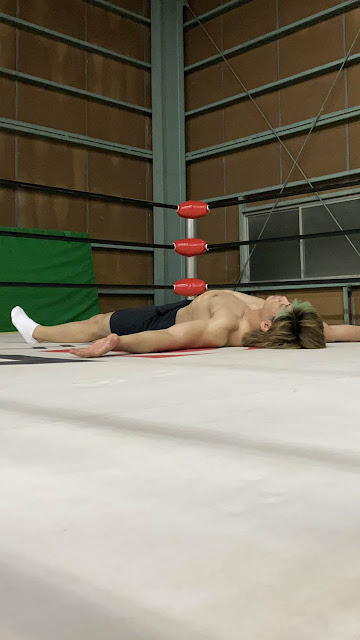 BROADCASTS
No broadcast has been announced as of yet for  NOAH’s show at Korakuen Hall on the 20th August, so it may be uploaded to WRESTLE UNIVERSE at a later date. There is nothing showing on either sites, and no ABEMA announcement as of yet.

The two NOAH ShinKiba shows will be broadcast live on WRESTLE UNIVERSE.

The first night of the N-1 Victory on Friday September 18th from the Nagoya International Congress Centre, Aichi will be broadcast live at 18:30 JST on Samurai TV.

How to watch Pro Wrestling NOAH.

Shiozaki successful in his fourth defence, morning after interview about fighting for a second championship on the 30th in Kawasaki

After the loss to Mutoh, Kiyomiya declares “Big advantage in league matches”

“Come At Me You Bastards!” ~ Kenoh discusses his memories of Yokohama Bunkai Gym

Stress release after being completely defeated by Mutoh! Kiyomiya to show 180 degree difference in wrestling

With thanks to: Metal NOAH


Let us know what you think on social media @ChairshotMedia and always remember to use the hashtag #UseYourHead!
Related Topics:FeaturedFeatured BigGHC Heavyweight ChampionshipGHC National ChampionshipGo ShiozakiKeiji MutohKenohPro Wrestling NOAH
Up Next