With N-1 block winners decided; Hisame breaks down the Finals and other news leading to the big October 11th show!

Noah held the semi final night of the N-1 VICTORY at Korakuen Hall on the 4th October. Katsuhiko Nakajima leading block A was going to go to the finals, no matter who won, but the other contenders Naomichi Marufuji, Takashi Sugiura, Kenoh and Masaaki Mochizuki all had their chances scuppered by either individual losses or by what happened in other matches.

With Katsuhiko Nakajima already a contender, it remained to be seen who out of Go Shiozaki and Kaito Kiyomiya would be going to the finals.

It was a bitterly fought match, with Kaito Kiyomiya realising that he had to wear Go Shiozaki down if he wanted the victory, and he did just this by focusing on what everyone else in the league had done, by attacking Shiozaki’s damaged shoulders and arms. Kiyomiya got the victory in 24 minutes and 7 seconds via the Tiger Suplex. 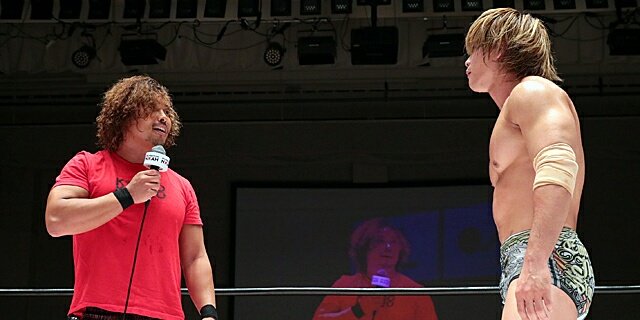 The referee had practically just finished counting three, Shiozaki was not even out of the ring, and Kiyomiya not on his feet when Nakajima appeared in the ring with a big grin on his face to cause trouble. His first line was to Go Shiozaki, to tell him that he was back to where he started, being defeated by Kaito Kiyomiya (as he was the last time they faced each other in a league match), and then he pretended to notice that Kiyomiya was there, and told him that his “pretense at being a hero, was going to be over in Osaka.”

Kiyomiya got to his feet and shoved Nakajima.

Kiyomiya’s follow up to Nakajima’s taunting was sadly not a sarcastic rebuttal, but merely to say that his momentum meant that he would be going forward, not round in circles, and he would defeat Shiozaki for the belt.

Katsuhiko Nakajima vs Kaito Kiyomiya will take place on 11th October at the Osaka Edion 1st Arena. The winner will face Go Shiozaki for the GHC Heavyweight title. 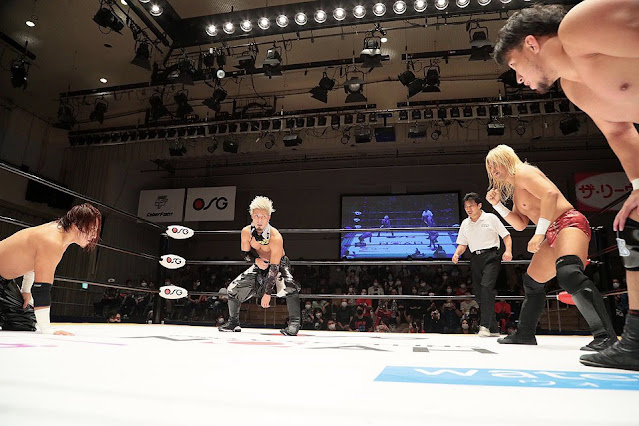 Not to be outdone by the hated heavyweights (and mainly because he wanted revenge on the entire division for various reasons), Daisuke Harada had announced a all division Battle Royale for the 4th October at Korakuen Hall.

~ Yoshinari Ogawa coming to the ring, beating up Harada and then leaving after five minutes and refusing to come back despite being chased by the referee, and therefore eliminating himself.

~ NOSAWA refusing to get in the ring with the former RATELS (who were having a standoff when he arrived) and preferring to wait for the next person, who turned out to be Junta Miyawaki, before he got in.

~ The “WTF is going on here?” look on Seiki Yoshioka’s face when he came out.

Despite his vow to prove that he was the strongest out of the Noah juniors, Daisuke Harada was eliminated from the Battle Royale by HAYATA, so the task of upholding the honor of the team fell to Atsushi Kotoge, who defeated HAYATA to win. Afterwards, Kotoge spoke on the microphone telling HAYATA that he and Harada were going to take the GHC Junior Tag belts from himself and Yoshinari Ogawa on the 11th October in Osaka.

Noah have announced that they will be returning to the Yoyogi 2nd Gymnasium in Shibuya, Tokyo in December (it is currently shut due to seismic damage to the building and undergoing much needed repairs). Noah have not been here since 2004, and only ever run two shows there (there other was in 2002). To many on the roster this will be a new experience, and the last time they were there the current GHC Heavyweight champion, Go Shiozaki, was only three months into his career. It remains to be seen after the events of October, whether he will be returning there as champion. 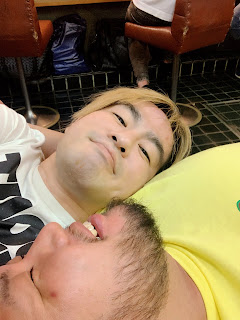 The final night of the N-1 VICTORY 2020 will be broadcast live on ABEMA, free and worldwide. The event will be broadcast from 3:30pm JST. Should you not be able to watch it live, you can catch it for seven days afterwards until it is placed on WRESTLE UNIVERSE.

WITH THANKS TO: Metal Noah