The dust continues to settle from the N-1 Victory fallout! We also get an announcement about an All Japan, New Japan and NOAH co-promoted show in 2021! Hisame tells us all the important details!

Pro Wrestling NOAH held their first full show (discounting “Disco Ball”) on the 24th October 2020 in Niigata. I am afraid that information from the show itself is a little sparse as there wasn’t much news coming out of it, but, the event will be available to view on WRESTLEUNIVERSE from the 27th October.

The majority of matches on the card were pre-matches for title challenges (save the opening match, and Naomichi Marufuji vs Haoh), in which none of the challengers directly pinned the champions; Kongoh’s Masa Kitamiya and Manabu Soya destroyed The Sugiura Army in 1 minute and 33 seconds when Manabu Soya took out NOSAWA Rongai with a lariat, Seiki Yoshioka (FULL THROTTLE) pinned Junta Miyawaki (Momo No Seishun) with the Crash Driver, and Go Shiozaki pinned Yoshiki Inamura (Kongoh) with the Gowan Lariat. After the main event, Shiozaki loudly told Nakajima, “I am the GHC Champion! I am NOAH!”. Nakajima left smirking, which Shiozaki has vowed to wipe from his face in the title match in November.

No one as of yet has challenged Kenoh for the GHC National.

Tokyo Sports are reporting that All Japan will be holding a special event to commemorate the 38th anniversary of Stan Hansen vs Giant Baba. NOAH are expected to participate on the card.

NOAH’s newest debut, Yasutaka Yano, gave a short interview to the official NOAH site ahead of his debut on the 28th at Korakuen Hall. He is NOAH’s first debut in two years (the last being Yoshiki Inamura and Kinya Okada in 2018), and at 20 years of age one of the youngest.

Yano entered the NOAH dojo in March 2019, and although he found the life tough, he never wanted to quit. He says he knows his body is small, and so he wants to do something that the heavyweights cannot. Due to the Coronavirus he wasn’t able to announce his debut in the ring due to time constrictions, he made his announcement via the official NOAH YouTube. 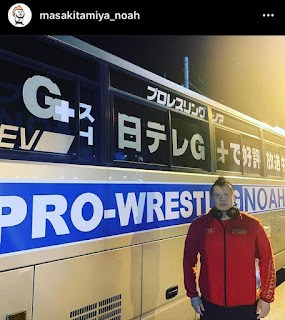 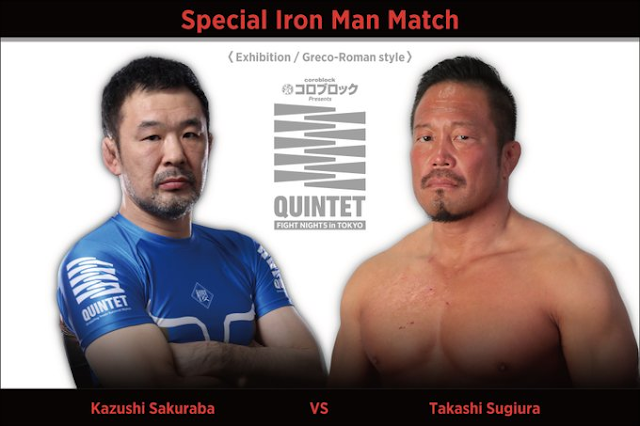 Tuesday 27th: Takashi Sugiura will be appearing in Quintet Fight Night 5 in a special Iron Man Match against fellow Sugiura Army member (and tag champion partner), Kazushi Sakuraba. The match will be held under Greco-Roman rules. I am afraid that I don’t know any of the broadcast details for this.

Wednesday 28th: NOAH at Korakuen Hall (Yasutaka Yano will make his debut), even starts at 18:30 JST

Thursday 29th: Naomichi Marufuji will attend a CyberFight board event, which will run from 8am until 10pm. Fans can attend via ticker purchase.

NOAH’s event on Wednesday 28th October will be shown live on WRESTLE UNIVERSE. You must be a subscriber to view this event. It will also be broadcast on Samurai TV on 8th November.