Greg DeMarco presents the Chairshot Team Of The Year for 2018! Which unit excelled throughout the past 12 months?

2018 was a hell of a year in professional wrestling, but may best be remembered as setting the stage for a 2019 that could legitimately change the business. Who knows what we’ll be saying in 365 days, but first we need to take our annual look back as we do so well here at The Chairshot.

In the last edition of The Greg DeMarco Show (rebranding as Worked Over Wrestling in 2019), Patrick O’Dowd, Miranda Morales and myself came together to review the past 12 months and pick the Man, Woman, and Team Of The Year for 2018. Over the next few days, I give you the winners!

2018 Chairshot Team Of The Year: The Elite

Picking The Usos at the end of 2017 was a near no-brainer, but this one was a really difficult category for us. No tag team truly stood out, and our winner didn’t even come from their accomplishments as a unit in the ring. But you can’t doubt the impact The Elite had on 2018. 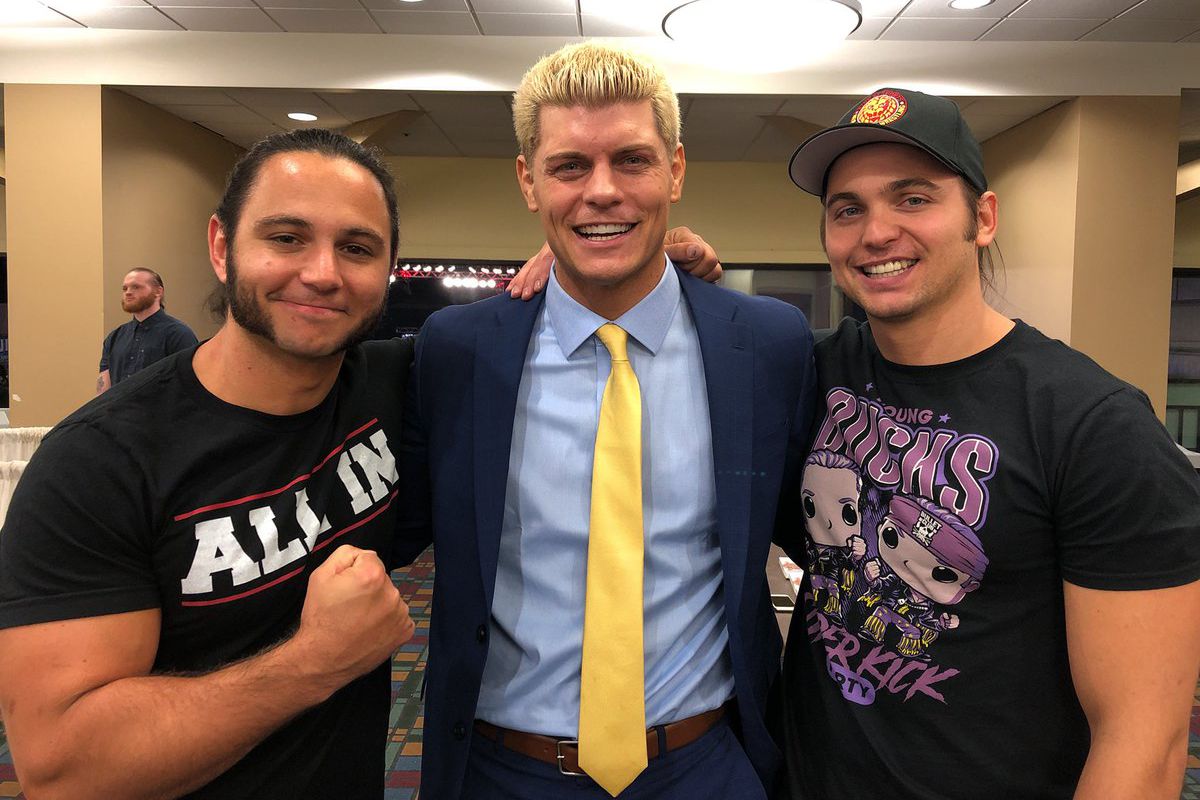 Chairshot Team Of The Year: The Elite

The front-men for ALL IN, Cody Rhodes and The Young Bucks garnered enough attention without a dedicated television show to sell out a 10,000 seat arena in wrestling’s hotbed of Chicago. The Sears Centre was rocking for ALL IN, and even with partnerships like ROH, New Japan, FITE, WGN America, Conrad Thompson, Twelfth Power production and others, these three deserve the credit for making this show happen.

All three represented themselves in the ring as well, traveling the world for Ring Of Honor, New Japan, and their own bookings to continue racking up legendary results. They lead the way on Pro Wrestling Tees, and show no signs of looking back.

While the All Elite Wrestling announcement happened in 2019, these men set the plans into motion during 2018–most importantly, working to create a buzz that has been unmatched outside of WWE.

While Cody Rhodes and The Young Bucks deserve this credit, Adam “Hangman” Page, Marty Scurll, and Kenny Omega shouldn’t be forgotten here. The Elite is looking to change the world, and there really isn’t a group better equipped to do it.

Who was named Man and Woman Of The Year? Stay tuned the rest of this week to see the winners!