It’s time to close off the season as it is time for Talk the Keki’s Winter finale. Hear Mat and Ethan review the remainder season finales available such as Case Study of Vanitas Part 2, Tokyo 24th Ward, Princess Connect ReDive, Realist Hero, and Requiem of the Rose King. Also, they give away their Winter awards for the season! Who won best boy/girl, what had the best animation, who won their respective genres? Find out all this and more in this two-part special! 
Let us know what you think on social media @ChairshotMedia and always remember to use the hashtag #UseYourHead!
Related Topics:AnimeChairshot Radio NetworkEntertainmentFeaturedFeatured BigTalk The Keki
Up Next Before HPW goes international at Termina Velocity, they’re giving everyone a crash course on what makes TCW such a powerful part of wrestling history! 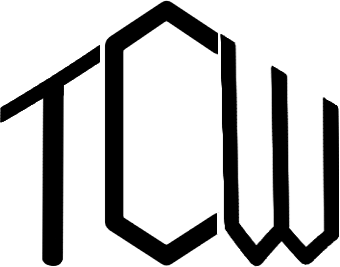 (Not so) Humble beginnings…

Founded by GBC (Great Bay Coast) Corporation to bring professional wrestling to Termina, the aptly named Termina Championship Wrestling was based out of Great Bay Temple. Founded in 1992 and managed by the Gorman Brothers, the promotion showcased various international styles of professional wrestling, from Ruto lucha libre to Goro Sumo to Zora technical style, to even “hardcore” wrestling. The brothers’ guidance created new stars and helped TCW establish itself on part with other great promotions of its time, such as Death Mountain Wrestling (DMW) and the Hyrule Wrestling Federation (HWF).

Gathering creative minds formerly of from Hebra Wrestling Heights (HWH) and the Akkala Wrestling Alliance (AWA), a tournament was held for the AWA World Heavyweight Championship. The winner, Shale Dug-In, shocked the world by telling the AWA that it was a “dead promotion that died seven years ago,” and he quite literally threw away the AWA title to bring about the TCW World Heavyweight Championship, the very belt HPW adopted when Igos du Ikana, the last champion, brought it to Hyrule back in September of 2020. And as controversial as that foundation was, the legend of TCW began.

The bulk of TCW’s shows remained at the TCW Arena in the Great Bay Temple. Seating comprised of simple folding chairs and four sets of portable bleachers, with the unconventional scene reflective of the gritty style of the promotion itself. Shows were broadcast on a local Termina cable sports channel, Great Bay Sports Network (GBSN), every Tuesday evening. Shows were also aired on the Clock Town Tower Network (CTTN), but on tape delays, the following Thursdays. Due to the obscurity of the stations and TCW itself in those early days, as well as the lack of national censor oversight at that late hour, many times expletives and violence were not edited out of these showings, along with extensive use of copyrighted music and music videos.

In 1995, older brother Tod Gorman sold the company to younger brother, Paul Gorman, trading as GBC Corp. Afterward, Tod remained in TCW as a figurehead commissioner. Years after being the TCW “Commissioner”, Tod left in May 1997, his absence explained on-air that he retired from wrestling due to family. Rumors circulated, however, that Tod was fired by Paul after he was suspected as a “locker room mole” for a rival wrestling promotion, helping to lure talent to HWF. Those rumors were never proven, but oddly enough, a partnership was soon formed between the promotions.

HWF Chairman, Fish McMackerel, first acknowledged TCW during the 1995 Triforce Heroes event, held at Lake Illumeni, near the border between Hyrule and Termina. During the match of Sir Combsly VS The Bearded Baron, the crowd suddenly chanted “T C DUB! T C DUB!” From there, fans would gradually bring more and more TCW signs and wear TCW merchandise to events that HWF held along the border. On September 22, 1996, at HWF In Your Dungeon, Paul Gorman, with TCW stars Deku King, Guru-Guru and Darmani III were right in the front row, with Deku King even interfering with Rauru’s Strap Match with Charlo.

The Four Pillars of TCW.

The TCW World Heavyweight Championship was of course the greatest prize in the company, with its lineage going from Shale Dug-In to Deku King, Sharky Shipwreck, Darmani III, the now late, great Tortus, Onox, Kafei, Guru-Guru, and Igos du Ikana, now into the HPW Termina Championship having been held by Osphala and currently Fin Balure. Onox also proved himself an incredible asset to TCW, and is the only man to have held the top title and both midcard championships, the TCW Crescent Moon and High Noon Championships.

These two midcard championships were forever linked to each other in TCW history. They could be defended as individual titles, but when the occasion called for it, both titles could be defended in a tag team match. Tortus was the inaugural Crescent Moon Champion, while Grog was the inaugural High Noon Championship. Tortus and Grog famously teamed together against the Juggler Brothers in defense of both these belts, and managed to retain the titles despite being heated rivals. Onox would be the fourth-ever Crescent Moon Championship after taking it from Kafei, and he was the seventh ever High Noon Championship, taking it from Captain Keeta.

TCW did have a Women’s Division, as well, with a singular TCW Women’s Championship.

Many joke the belt’s design alone was part of TCW’s later financial woes. As featured in the image, the inaugural TCW Women’s Champion was the Sorceress of Shadows, Veran. Veran is the longest reigning TCW Women’s Champion, holding it originally for five months until she was dethroned by Mamamu Yan. Veran’s second reign would be nine months, starting with dethroning third-ever champion, Queen Ambi, and eventually losing to the title’s final champion, Cremia.

As popular as TCW was locally and even on the outskirts of Hyrule, the company could not convince the television networks to support it. CTTN folding into the larger Termina Broadcasting Network (TBN) lost TCW its syndication as TBN felt the “blood and guts” of TCW was not suitable for its audiences. The company struggled for months after the cancellation, trying to secure a new national television deal. On December 30, 2000, TCW Extreme TV aired for the last time, with that following January’s TCW: Phantom Hourglass being TCW’s last PPV. The promotion’s January 13, 2001 show in Skeleton Forest would prove to be its final event of any kind.

There were events scheduled for Snowhead and Milk Road, but those had to be officially canceled in February. Paul Gormon could not get out of financial trouble and TCW closed on April 1, 2001. Many thought it was an April Fool’s joke, but no, it was not. The company was listed as having assets totaling 1,385,500 Rupees, but with liabilities totaling closer to 8 million. Filing for bankruptcy only absolved Gormon and TCW of so much, and the remainder of debt came out of the Gormon family’s own personal finances.

Many of TCW’s stars were able to recoup losses by Gormon striking a deal with McMackerel for them to “invade” HWF, but the expectations of TCW fans were far from lived up to in booking, with only the biggest of names ever making it to HWF World Championship opportunities.

Firstly is HPW adopting the Termina Championship, but perhaps even more so is how TCW brought hardcore wrestling to the forefront. Companies like Skull Lake Wrestling are spiritual successors to TCW pushing the limits of what is even allowed in a ring, and many fans find themselves hungry for that level of savagery. But of course, HPW is acknowledging even more of TCW’s contributions with the coming event, HPW: Termina Velocity. Could this be a sign that the world is ready for what TCW and the Gorman Brothers envisioned almost 30 years ago?

T C DUB! T C DUB! I love the designs for those belts, but don’t think I’m suddenly going to create a spinoff series just to revive TCW the way WWE tried and (purposefully?) failed with their WWECW brand. It’s still tricky making HPW work with only so much time in the day/week/month to devote to it. But I sure would love to. It’d be more like NXT UK in my book, with that full set of belts having its own roster to fight over them. With Dave and Patrick both on vacation this week, Hockey Talk had to take a pause and will be back to reflect on the Stanley Cup Finals next week.  We all knows that means another edition of the Five by Five!  This week, “Mr. Saturday Night” PC Tunney returns to the show with Patrick to give you their list of the Five Best and Five worst SNL movies of all time.

For the latest, greatest and up to date in everything pro wrestling, sports and entertainment head to TheChairshot.com and remember to ALWAYS #UseYourHead. PC and Platt are back to invade your earballs with NBA opt ins and outs, UFC 276 and some strawberries...

Tom and Dave are joined by their good friend and buddy Joe Pohoryles. PC and Platt are back in your earballs this week to get you ready for the 2022 NBA Draft!

Tom and Dave are joined by Grant Bilse from Lacrosse Sports Radio to help discuss the class awards for the...

Down The Wire: Best Off-Season Moves for Every NBA Team

Tom and Dave are back and talking NBA Finals and the struggling Brewers.

With Dave and Patrick both on vacation this week, Hockey Talk had to take a pause and will be back...

After two weeks away, Patrick O’Dowd returns to the Bandwagon ready to talk all things Nerd…and he didn’t return alone. ... With Spring already judged, SZNZ: Summer is next up! Do Weezer continue to rate highly in the JAR?

It's the Special One Year Anniversary Special of Talk The Keki, featuring the Bubble Anime Film Review! The Go Home to Against All Odds with the main event of Battle of the Futures Redux! TNA vibes and... Miranda and Greg pick the winners of the Money In The Bank ladder matches--who will own the briefcases??? Cesaro is no more and Claudio Castagnoli is back! Guess how the fanbase reacted? Plus ranking title belts, Booker T... Who's heading to the Bash?